With COVID-19 locking down businesses globally, architects and designers speak up about what they believe will be a profound impact on how creative businesses work in the future.

According to some of the world’s most renowned architects and designers, including Carlo Ratti Associati, BIG, Snøhetta and Pearson Lloyd, Coronavirus lockdowns can’t help but have an impact on how creative businesses work going forward. 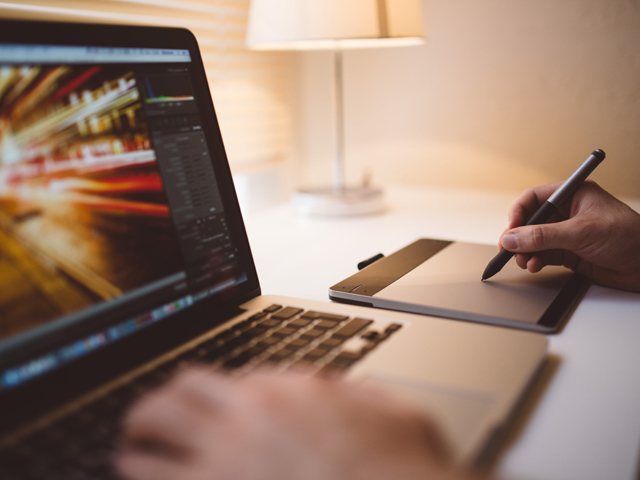 They shared their thoughts in a mass online interview with Dezeen.

Over the past couple of weeks a huge shift in office culture has occurred, with teams spread across multiple houses instead of one studio. This has forced architects and designers to adapt.

Taking to Dezeen, Sheela Søgaard, partner at BIG, said, “The scale of this shift is just unprecedented and will surely lead to new ways of working.”

Søgaard hopes that the studio will learn positive lessons from the current situation.

“We are learning new styles of management that depend on the ability to disperse assignments efficiently across team members and rely on their deliverables without as much supervision or guidance as normal,” she said. “We are approaching this situation as an opportunity for growth for our leadership and BIGsters alike.”

In Italy, practices were forced to make changes to the way they work early on, as it became one of the countries to be most severely affected by the pandemic. A nationwide lockdown came into effect on 9 March.

Carlo Ratti, founding partner of Carlo Ratti Associati, told Dezeen the current situation reminded him of the promise digital communications brought when they were first introduced.

“Until a few weeks ago, despite having the technical capacity to work remotely, people overwhelmingly chose to sit in an office, or at least in a cafe,” Ratti told Dezeen.

However, Ratti believes that remote working will not be as many imagined.

“In fact, working from the top of a mountain — or at your kitchen table, most likely — might not be that exciting after all. To most of us, working includes social relations and communication,” he added. “To make this ‘new normal’ more acceptable will require an extra effort.”

Studios around the world have had to adapt to the situation quickly. For some, it has been an opportunity to trial different ways of working.

“This is such a great moment to reevaluate the concept of the home office, which started to be practiced in the 90s but, in fact, has never happened on a global scale like this until now,” said Brazilian architect Arthur Casas.

“It’s time to question if it’s really necessary to always be travelling, far away or not, in order to carry out our work. While we’ve got 21st century technology, we still maintain last century habits.”

“Traditionally, all projects are directed from a physical study. You can work with some online collaborators but not the entire remote organisation.”

“Curiously, I have discovered the professionalism of my team and the willingness to do their job even better. This has allowed us to see that Google Hangouts can develop our creative, technical and administrative sections in an easy and flexible way.”

While working remotely has long been an option for architects and designers they are now much more dependent on technology. Architecture firm Woods Bagot, which has 16 locations worldwide, has long-established processes and protocols to stay connected, but the firm has still noticed a huge increase in the reliance on technology.

“There’s no question our use of technology has amplified during this unprecedented time,” said Woods Bagot global CEO Nik Karalis.

“Our London studio has set up a local teams group for informal updates,” he continued. “One hundred and fifteen people dialled in for Sydney’s Monday morning meeting this week – our biggest ever virtual attendance, as it is usually a combination of physical and virtual attendance.”

For practices with studios in more than one country, different approaches have to be taken depending on where the studio is based, stated Snøhetta co-founder Kjetil Trædal Thorsen, Norway, when talking to Dezeen. Snøhetta’s studios in Oslo, New York, Paris, Innsbruck and San Francisco are now using digital solutions and working remotely.

“Our studio in Hong Kong is holding up well and remaining steady and focused on project deliveries in China and Asia,” said Trædal Thorsen. “Our studio in Adelaide is also coping well with the current situation.”

“So far, things are running quite smoothly, and we’re impressed with how people manage to see the positive sides of the situation. We’ve had spontaneous online birthday celebrations,” he continued.

“Plasma Studio has never been a big studio, but from its beginning in the early 2000s it was spread, so we were always ‘working smart’ using Skype, Zoom, Dropbox, WhatsApp, Wechat and Teams,” she added.

“In these challenging times, we are just intensifying this strategy: literally every team member now sits at home, not in the different studio locations: but we just connect as usual.”

Although working from home has been approached with caution by many studios, architects and designers are now embracing it.

“Many are now seeing how effective working at home can be,” explained Maxime Frappier, co-founder of CDF Architecture, Canada.

“For those who have to take care of their children while they work it is another thing, but for the others there is a rather striking observation: the concentration is better, the level of performance increases.”

However, it is important to develop a routine to make working from home efficient explained Marcio Cogan, founder of architecture Studio MK27.

“An important tip for those at home is to maintain a daily work routine,” he told Dezeen. “Choose a light and airy place to set up your workstation and most importantly, don’t stay in pajamas all day!”

Studios also say the crisis has led to a change in how coworkers relate to one another, and is helping colleagues build stronger relationships.

“Now we have workers confined to their 500-square-feet apartments, alone and fighting ‘cabin-fever’, they are connecting with a coworker who is working from home,” said American firm Rapt Studio.

“The personal backstory of each employee becomes front and centre and the great equaliser of the workplace disappears.”

“Now, more than ever, our colleagues are a source of socialisation,” noted Karen Robichaud, communications director at Bohlin Cywinski Jackson. “Our firm has six offices and each is finding ways to build community together (virtually!) and support each other.”

“In some ways we’re seeing more conscious socialisation because we can’t rely on serendipitous connections in the same way right now,” Robichaud continued.

As studios pivot to digital communication, many point out the necessity of still “seeing” colleagues.

“We have also already found having ‘face to face’ interaction (visually at least, if not actually in person) very helpful,” Luke Pearson, cofounder of Pearson Lloyd, UK, told Dezeen.

But there are some aspects of day-to-day work that is hard to replicate using digital solutions.

“We have found that although communication via WhatsApp, video-conferencing, and Google Hangouts are great resources to have, it’s unquestionably less efficient than face-to-face contact, particularly at the design stage,” said Declan Scullion of Scullion Architects in Ireland.

“We’re trying to have a model made by staff remotely and that’s proving a real challenge as the equipment and materials at home simply aren’t available.”