The $44 million plan would turn the empty Newcastle plot into a 179-room hotel with rooftop bar and include 4793 square metres of office space. 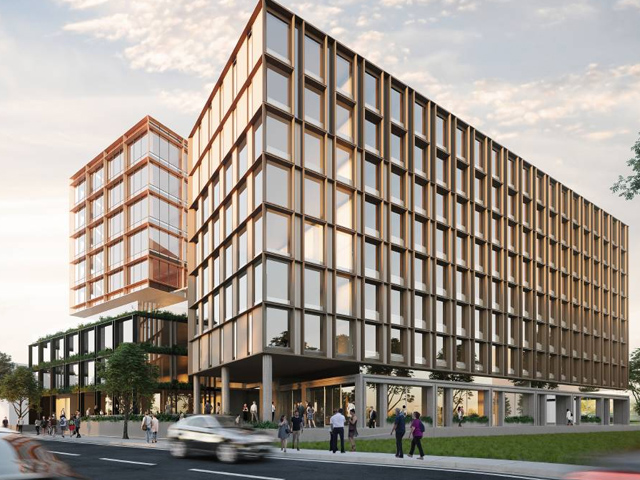 The hotel and office block would be linked via a three-storey podium and tenants would have access to Little National hotel facilities including a co-working lounge, library area and end of trip facilities.

Doma won the tender to purchase the site from the Hunter & Central Coast Development Corporation in 2017 with plans to build a nine-storey residential and hotel building.

The developer was granted approval for plans in 2018 which included 148 hotel rooms, seven serviced apartments and 52 residential apartments.

According to the latest application the original plans were put aside as tourist sector in Newcastle “continues to expand, with events including the V8 Supercars attributing to this growth”.

“With the fluctuating market and change in demand, the approved application is deemed to no longer align with the current direction of the Newcastle market,” the development application stated.

“Therefore, it is considered that this new development which will bring further commercial investment and economic growth to the city centre is better positioned with the future direction of growth in the region.”

The site located 650 metres from Doma’s $200 million redevelopment of “The Store” adds to the group’s growing Newcastle investment and development portfolio.

The waterfront precinct was also home to The University of Newcastle with a two hectare masterplan currently under assessment by the NSW government.

Doma managing director Jure Domazet said their design for 42 Honeysuckle Drive formalised the relationship between the hotel and office—creating an integrated commercial precinct.

“As office buildings usually only operate during business hours, five days a week, have a set number of users and need to maximise tenancies, making a financial argument for including recreational and occasional-use facilities, such as meeting spaces, can be difficult,” Domazet said.

“We believe in the future it will be increasingly common for hotels to provide more of the co-working spaces that are so highly sought after around the world.”

A decision on the development application is expected by the middle of this year and if approved, Doma aim to have construction completed in early 2022.