Sydney’s heritage-listed Minerva Theatre will undergo a $50-million revamp as part of plans to transform it into a boutique hotel. 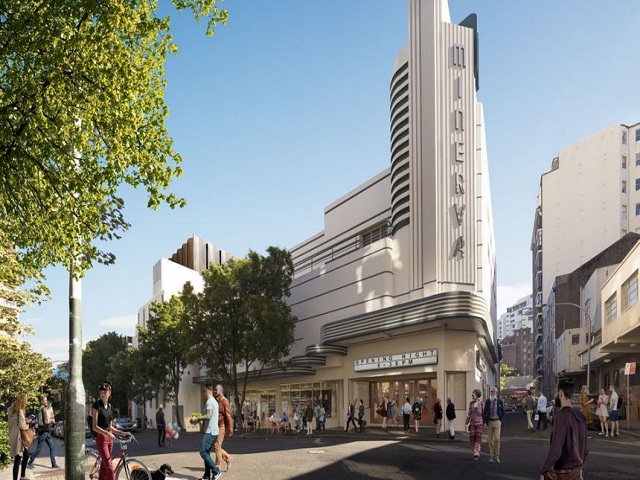 Height will be added to the building, predominantly around the fly tower, while the hotel will accommodate 63 rooms.

Chivas said Central Element acquired the site due to its heritage and cultural significance, a value which drove its decision to restore another well-known theatre in Paddington.

“Our current hotel project in Paddington is a prime example of this where we are restoring the dilapidated Olympia Theatre building on Oxford Street and reopening it to the public as a premium hotel, with dining and entertainment offerings,” Chivas said.

“With The Minerva, we want to create something really special for the community—it’s an incredible building and we are in the really fortunate position to be able to open it up again.

“Like the broader community, we are pleased the building is now heritage-listed and we look forward to honouring and protecting the history of the building and its significant cultural heritage.”

The art deco features will be retained along with the horsehair ceiling and proscenium arch to create a mixed-use main auditorium, which would allow hospitality offerings, live music and conferences.

A cafe and other entertainment spaces would also be available for public use to help boost Sydney’s 24-hour economy, according to Central Element.

Central Element forecasts the hotel would attract about 30,000 visitors each year and about $2 million in retail spending in the local area, while delivering about 100 full-time jobs once open in 2024.

Central Element would partner with an “upscale luxury international hotel” to deliver the boutique hotel experience.

Abacus Property Group sold the property at Orwell St at Kings Cross earlier this year, after withdrawing its development application in March.

The Minerva Theatre Action Group has been lobbying to have the theatre reinstated as a live venue.