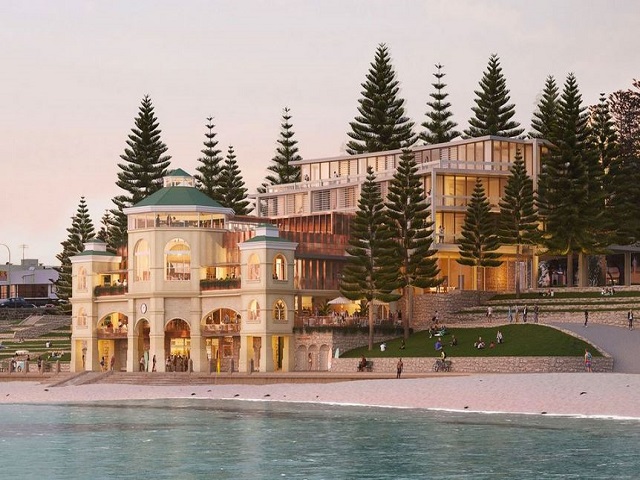 Under a development application submitted to the Town of Cottesloe council, Tattarang will renovate the existing tea house building to include three levels of dining, a rooftop pool and bar.

The 1980s boat storage facility would be moved to a new beach-front site closer to Cottesloe Surf Club and replaced with a range of public facilities, including toilets, showers and an accessible changing room.

Tattarang chief executive Andrew Hagger said the project was the culmination of more than two years of planning and stakeholder engagement, including a public design competition.

“We believe a renewed Indiana will assist Cottesloe Council to fully realise their vision for the wider foreshore,” Hagger said.

“[This will be made possible by] providing seamless connections with the broader beach precinct, deliver new public facilities for all beach users and visitors, and further enhance the area’s world-renowned character.

The tea house was built in the mid-1990s in a mock colonial style and is based on the Centenary Pavilion which occupied the site from 1929 to 1983.

In 2019, Tattarang floated an idea to demolish the venue and replace it with a new structure.

The building was added to the state heritage register earlier in 2021 after a design competition was held for its replacement.

The public favoured a glass-fronted pavilion designed by Kerry Hill Architects, however, Tattarang instead opted for a design by Durbach Block Jaggers.

After the competition Tattarang decided not to proceed with the winning design, and developed and released a conservation management plan in April to set guidelines for preserving the site’s heritage significance.