Australians’ appetite for apartments is stronger than freestanding homes, as the percentage of apartments as new builds has soared to 41 percent in the last financial year.

New research from CommSec commissioned by the Australian Bureau of Statistics shows that eight years ago only around 27 percent of homes built were apartments. 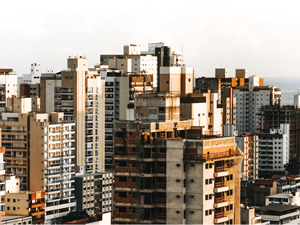 In ACT and NSW the number of apartments built during 2018-19 has outpaced houses, which accounted for just 21 percent of the total dwellings built in the ACT and less than half (46 percent) in NSW.

Apartment sizes are also smaller on average. Through the 2004-2010 period, the average apartment was around 140 square metres. Today it’s closer to around 125-130 square metres.

A social push towards highrise living, a lack of available space to build new houses and increasingly unaffordable prices are all factors pushing people into apartments.

There is ongoing need for smaller apartments to be built and invested in, due to the obvious demand for such properties.

According to the report, the shift to smaller apartments may mean that more of them need to be built to house Australia’s growing population.

“Clearly, when considering issues like under-supply and over-supply, a range of issues need to be considered. An increasing number of home buyers and renters prefer to live closer to offices, restaurants and recreational facilities in cities and towns. And, given the limited supply of land, increased building of apartments and townhouses is necessary to satisfy demand. Federal, state and local governments are also embracing the trend to urban consolidation,” the report states.

The number of apartments being built has lowered the average home size in Australia, which has dropped to a 17-year low of 228.8 square metres. This reflects a 1.3 percent drop compared with a year ago.

“There are still McMansions being built, but there are fewer of them,” CommSec chief economist Craig James said.

“Now houses being built in the US are the biggest in the world, around five percent bigger than in Australia,” he said.

House and apartment sizes vary significantly between the states — apartments in ACT are the Nation’s smallest at an average of 102 square metres, while in NSW apartments built in 2018-2019 were the smallest in 20 years of records at 114 square metres.

Though it has the smallest apartments, the largest houses in Australia are in the ACT, where the average floor area of a house built in 2018/19 was 250.8 square metres.

In Western Australia over 75 percent of homes built were freestanding houses, and in Victoria houses were 56 percent of the total.

By comparison, only around 43 percent of homes built in NSW were freestanding or detached houses in 2018/19, and only 21 percent of ACT homes.

The report also indicates why home sizes might be changing; 2013 was the first time that the number of people per dwelling rose slightly, due to young people staying at home longer and elderly people living with relatives.