Dual-tower project about to rise in Newcastle

Doma Group has been given the green light to bring on its dual-tower residential development on the historic former Store buildings site in Newcastle’s West End.

The Store Residences will be the final stage in a $350-million transformation of the 8743sq m site at 854 Hunter Street. 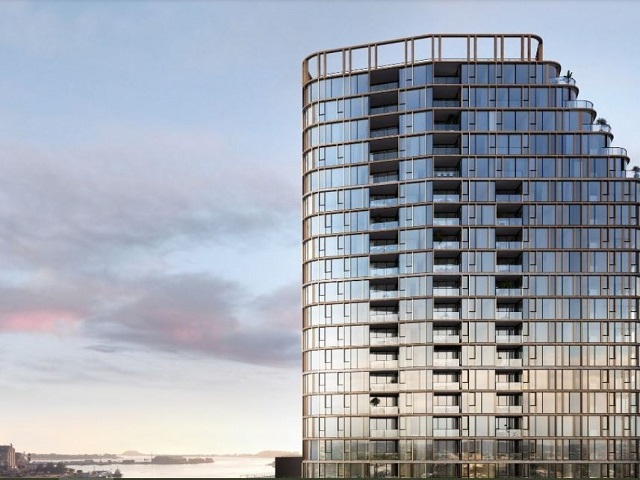 Approval of the Canberra-based developer’s DA by the Hunter and Central Coast Regional Planning Panel enables construction of the towers to start by the end of the year.

“Doma understands the significance of the Store site to the local community and that its redevelopment provides an opportunity to create a legacy for future generations to appreciate,” Doma’s Newcastle development director Chris Farrington said. “At every step of this multi-faceted and staged project we have engaged with leading experts to ensure we get the design just right.”

Farrington said Bates Smart had collaborated with the design review panel, which consisted of three independent architects including one representing the NSW Government Architect, to create a design “that is both aesthetically beautiful and reflects the heritage of the site”.

The former Newcastle and Suburban Co-operative Society Limited site was purchased by the NSW government in 2015.

It was taken to the market two years later with a vision to deliver “true multi-modal transport infrastructure … while also realising the true opportunity of the site, including its significant building heights”.

Doma was awarded the tender for its proposal following a competitive process.

Construction of the two towers will include design elements that echo the original facade and window shapes of the former Store buildings and the use of masonry as the primary material in the podium level takes its cues from other historical buildings in Newcastle.

They will comprise one, two, three and four-bedroom apartments with views of Newcastle, its harbour and beaches, as well as one acre of resort-like facilities. Already most of the apartments in the first tower are sold out.

“The Store will set a new precedent for apartment living in Newcastle through its unrivalled amenity and connectivity,” Farrington said.

“We are very excited that with development approval we can now start work to bring our vision to life.”