Alexandria is rapidly emerging as an alternative to Sydney’s CBD as investors snap up commercial property just 20 minutes from the city centre.

Sydney-based investment group Markham is leading the charge with its second acquisition in the area, 74 O’Riordan St, which was made in late May. 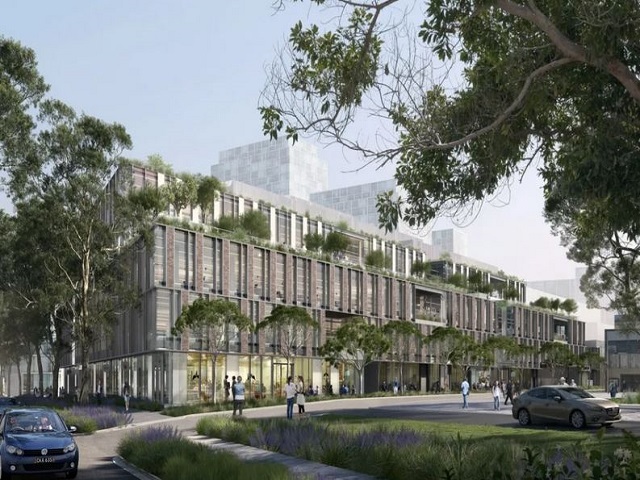 It purchased the Alexandria offices from Wisetech CEO Richard White for $30.5 million. The building is fully occupied by ASX-listed company Wisetech Global Limited on a five-year lease.

The 3851sq m office asset is a stone’s throw from Markham’s proposed 20,000sq m campus-style office precinct at 22 O’Riordan St that was purchased in 2019.

Markham submitted a Stage 2 development application for the 22 O’Riordan St site, designed by Hassell, to the City of Sydney on May 25.

The development application would see the existing Mercedes Benz repair centre demolished and replaced with a modern three- to five-storey commercial building split into two separate wings to maximise the potential for multiple tenancies.

The buildings would include commercial office space and ancillary ground-floor food and drink premises over a single-level shared basement with 70 car parking spaces.

They would be connected by a central pedestrian walkway, a “focal point” of the development featuring landscaping and public art.

Amenity areas would include bicycle spaces, showers and lockers encouraging active travel for guests and staff.

Major structural changes to the Stage 1 development application, approved in July 2020, included an increase in building height beyond the allowable 12m limits to Johnson St and 22m to O’Riordan and Geddes Ave.

The new design exceeds these by 6.9m and 3.8m respectively, due to a redistribution of floor area and providing for “lift overrun, plants and servicing requirements”.

According to the DA, the development still maintained an “appropriate height transition” from Green Square Town Centre to the north and the lower-density heritage area beyond Johnson Street to the south.

Both Markham-owned O’Riordan St sites are within the Green Square urban renewal precinct planned to accommodate the majority of the region’s stand-alone office market outside of the Sydney CBD.

They also sit on the fringe of the Green Square Town Centre precinct where the city has committed $540 million during the next 10 years to build a new library, plaza, aquatic centre, parks and playgrounds, childcare centre and creative hub.