A high-rise residential apartment building currently under construction in New York City has been scalped by a State Supreme Court judge, who ordered its top 20 floors be dismantled.

Designed by Elkus Manfredi Architects, 200 Amsterdam is a residential skyscraper that reaches a maximum height of 203 metres on Manhattan’s Upper West Side. However, this may not be the case for much longer, as a State Supreme Court judge has declared that it must be partially dismantled. 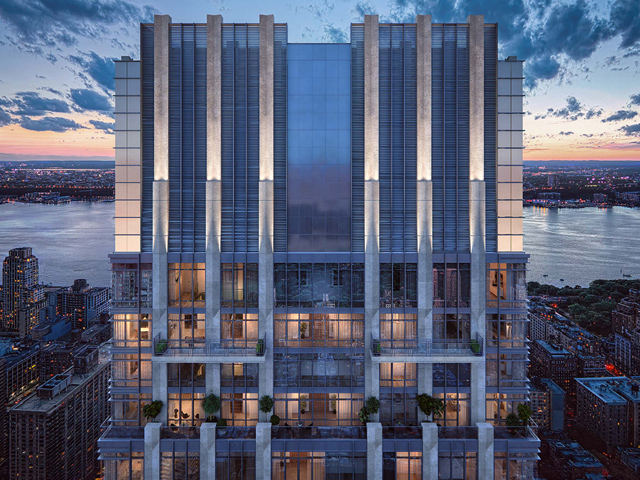 It’s a complicated situation, but put simply, the Committee for Environmentally Sound Development (CFESD) and the Municipal Art Society of New York (MAS) brought a court case against the New York City Board of Standards and Appeals (BSA), arguing that the unusual 39-sided plot the tower is situated in is in violation of zoning laws and should never have been approved.

New York County Supreme Court Justice W Franc Perry agreed, and has now ordered the New York City Board of Standards and Appeals to compel developer Amsterdam Avenue Redevelopment Associates to remove enough floors to bring the building into compliance. How many floors will actually end up being removed is not yet clear but the New York Times reports it could be as many as 20.

“We hope this decision will be a signal to the development industry that the days of flouting the zoning code in search of greater heights and bigger profits is over,” says Olive Freud, President of the CFESD.

“Any New Yorker walking past 200 Amsterdam today can tell this building is grossly out of scale with the neighbourhood. The BSA and Department of Buildings failed to hold this project accountable, leaving us no choice but to go to court.”

Naturally, reducing the height of a skyscraper is going to be a massively complex and expensive undertaking and a statement from Amsterdam Avenue Redevelopment Associates confirms that the decision will be fought tooth and nail.

“[The recent] ruling is a shocking loss for New York City and its residents. It defies more than 40 years of precedent in the city’s zoning laws. It also ignores the thoughtful decision of the DOB to grant the permit which was upheld by the BSA following exhaustive document review and testimony over a two-year period. Both of those decisions recognized that retroactively applying new interpretations of the city’s zoning to previously approved projects undermines the stability of the regulatory environment needed to support the investment that is critical to New York City’s economy, tax base, housing stock and services. We will appeal this decision vigorously in court and are confident that we, and the City, will prevail on the merits.”