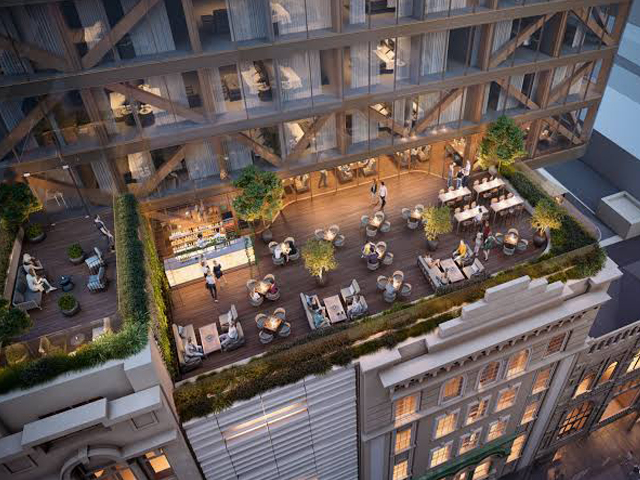 Under the current plans, which have been given ‘envelope approval’ by City of Sydney, the tower will house 246 apartments and a 100-room hotel.

Below, the 125-year-old club will give its retail and restaurant components a facelift and add an event space, a coworking centre and health and wellbeing facilities.

A combined reception lobby for the club and hotel will dominate the ground floor.

First Sponsor will act as the sole construction financier, and provide equity partnership alongside ICD, Tattersalls Club and investors.

“Receiving construction funding from First Sponsor will allow for a more efficient and streamlined process with works on the City Tattersalls Club earmarked to commence following Stage 2 approval,” Quah said.

The plans were approved by City of Sydney in mid-November, after being initially rejected on the grounds that the skyscraper would have a negative heritage impact.

This has been amended and the site will be built with an angular feature so it doesn’t obscure Hyde Park.

ICD Property managing director Matthew Khoo said the group has worked closely with stakeholders including City of Sydney, planning consultants, and local architects fjmt and will continue to do so.

“We hope that it will contribute heavily to the surrounding CBD streetscape,” Khoo said.

The final design for the tower will be announced following a design competition in 2020, which fjmt will be involved in overseeing.