Mirvac has decided to switch plans for an office complex in Sydney’s Darling Harbour for a mixed-use residential complex that would also include public domain works.

The new proposal would see the Harbourside Shopping centre transformed by a new apartment tower with retail and commercial elements. 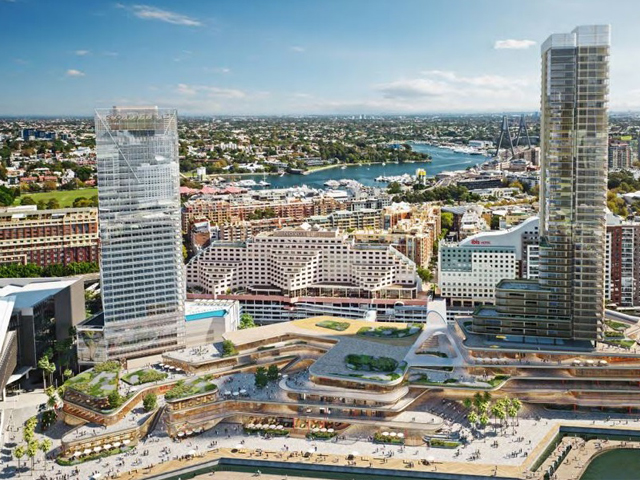 Mirvac submitted an application to the state government in 2016 for an office tower on the site, which was knocked back.

The government has not yet approved the new proposal but has stated that the plan, “in concept form, was of sufficient interest to warrant further development and progression to a more defined project”.

In the next few months the developer will consult with stakeholders before submitting a new development application.

Mirvac managing director Susan Lloyd-Hurwitz said Harbourside had a lot of potential on the purchase of the property.

“Harbourside presents an opportunity to gain greater market share in the Sydney CBD area by acquiring a key retail asset with exposure to the strongly performing food, catering and entertainment categories,” she said.

“The acquisition provides us with a repositioning opportunity and gives Mirvac a dominant position in the catchment together with our existing Broadway Shopping Centre.”

The shopping centre currently has a gross lettable area of 20,639 square metres and an annual income of $169.8 million.

Mirvac has owned the property since 2013, having purchased it for $252 million.

Harbourside opened in 1988 amid a period of major development in Darling Harbour.

The area is set to undergo another period of development with Mirvac constructing a $1 billion skyscraper nearby at 505-523 George Street with Coombes Property Group.

Lendlease has committed to spending $3.4 billion on several projects including 1500 apartments in Darling Square.