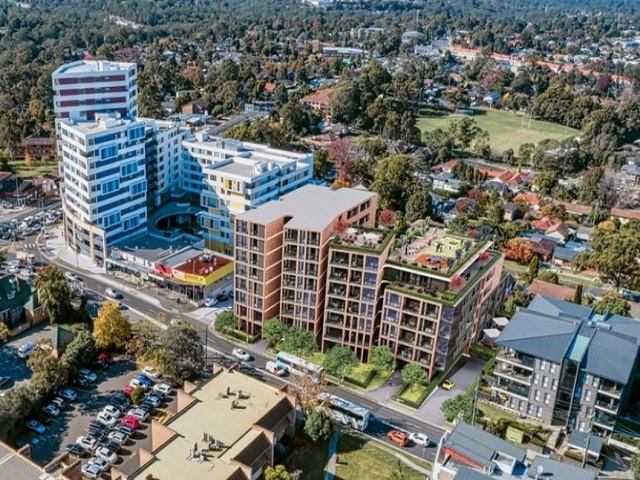 It is near public transport and connections to Norwest, Macquarie Park, Parramatta and the Sydney CBD.

Architects Taylor Brammer, the practice behind the Waterfall by Crown project, designed the plans.

FAL Group proposes that the zoning for the site be changed to accommodate the 80-apartment plan—currently it allows for up to 50 units.

The project at 25m is taller than the current 16m height limit. The plans detail eight storeys at one end, decreasing across the building to five storeys.

The developer in its traffic assessment said that this increase in units would not increase the need for parking.

A company associated with FAL Group, Anthony Falcone Pty Ltd, bought the site in November 2020 from Panetta for $3.5 million. The land had an unimproved capital value of $81,600 in July 1996. The site currently houses a medical practice.

A separate permit for demolition works has been lodged with The Hills Shire Council.

Baulkham Hills is aiming for 600 new units or homes by 2036. According to FAL Group’s proposal, most developable land in Baulkham Town Centre has been taken up.