Student accommodation developer Wee Hur Holdings is pushing ahead with $400-million plans in Brisbane including an aged care tower. 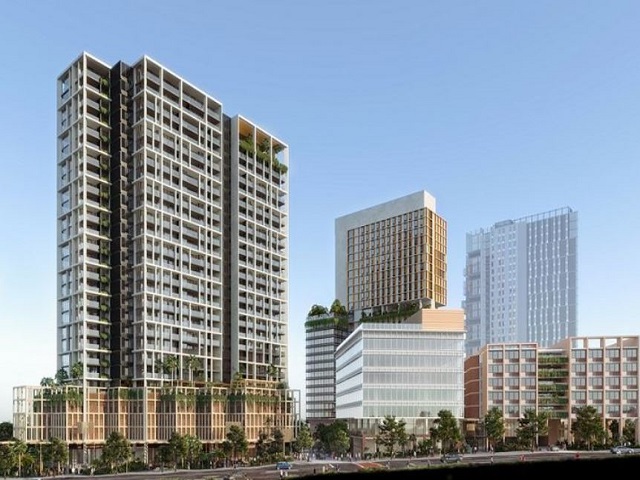 The Singapore-listed company purchased the approved three-stage Buranda transit-orientated development in 2014, opening the first stage in 2019 for a 1578-bed student accommodation facility.

The 1.94-hectare site is made up of 45 land parcels next to the busway, train station and highway at 1 Gillingham Street, Woolloongabba.

The four-tower plans designed by Woods Bagot, “Park Central” have 758-beds for student accommodation each with its own bathroom along with 290 apartments and 130-beds in the aged care tower.

“Our product has evolved, our core business up until this point has been the development of student accommodation,” Scott said.

“You can’t just smash in 100 per cent residential accommodation, so we think we’ve found a good mix.

“There’s lots of synergies between student accommodation and aged care, that’s been an interesting little outcome.

“So we will be bringing in a joint venture partner and they will just take that out as a whole, we are not going to operate that, it’s not our core business.”

The student accommodation hit hard by the pandemic with beds sitting empty due to border closures however developers in this sector were moving ahead.

The senior development manager said the project had a positive outlook in the medium- to long term.

“Australia is very well placed to bounce back, the issue is students can’t get here, not they don’t want to be here,” Scott said.

“These are trying times and I think out of all industries, we’ve probably been up there as those who are suffering the most.

“We’re active in the market and are building and developing, we’re actually quite lucky to be in the development stage of our portfolio.”

Wee Hur has $1 billion in investment in Australia with sites secured in Brisbane, Sydney, Melbourne, Canberra and Adelaide for over 6,000 beds.