The site is located near Khao Tao reservoir and is considered as one of the main tourist attractions in the area. 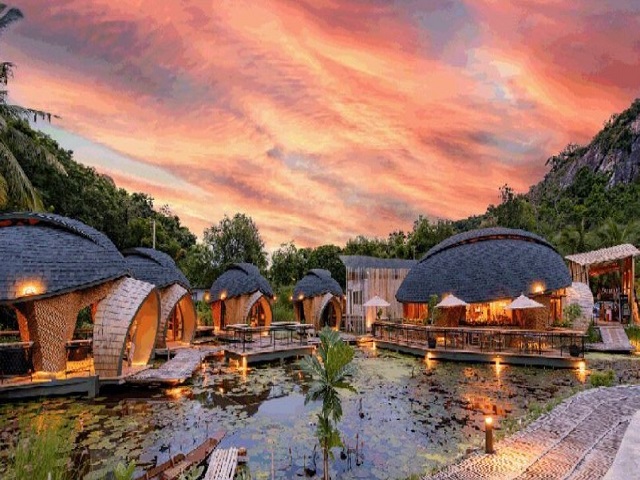 The existing natural context, which includes wild peacocks, large trees, and lotus ponds, was used as the main design inspiration for the entire project, resulting in a cluster of turtle shell-shaped shingle structures.

To come up with a design concept, Sarawoot Jansaeng-aram drew influence from the name of the site location —’khao’ is the Thai word for mountain whilst ‘tao’ means turtle. Therefore, the architect chose a turtle shell shape for the roofing of the structures, generating a unique design language. Materials were carefully picked, based on whether they could create balanced harmony with the natural surroundings. The architect decided to form shingle roofs, blending seamlessly with the ground surface which is made of gravel and stone chips. Shingles have the ability to resemble the appearance of a turtle shell, too.

The project incorporates local bamboo as a second main roof and wall surface material. The selection was based on its bending ability. Moreover, bamboo can be easily used by experienced local artisans, with no heavy machinery required. Local ‘poon-tum’ construction material is also implemented within the structure, as it is sustainable and has the ability to keep the walls cool, even in intense heat.

Taking advantage of the local artisan’s knowledge, Sarawoot Jansaeng-aram designed a large space with a high roof and strategically positioned windows, to achieve natural ventilation. Solar cell equipment was also partially used on some roofs. The electric power generated from natural light during the day is used to light up the complex during the night-time. 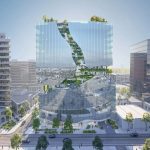