Fueled by the global unrest caused by COVID-19, Queensland is continuing to draw the attention of international buyers, with developers seeing a spike in inquiries for new property from foreign investors. 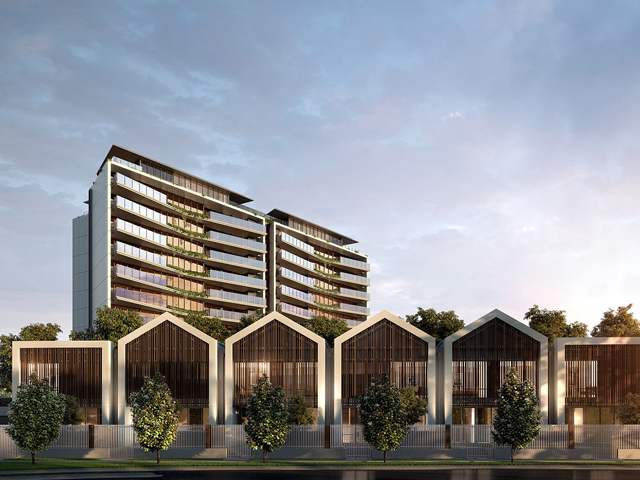 With both Brisbane and the Gold Coast remaining high on the radar of foreign investor —international searches lifting 22 per cent year-on-year.

According to REA Group Chief Economist Nerida Conisbee, the low Australian dollar coupled with record low-interest rates has caused a lot of expats to reconsider their living circumstances, and anecdotal evidence suggests that Australia (and namely Brisbane and the Gold Coast) is an attractive value proposition. Conisbee said the majority of people searching for property in Queensland were based in New Zealand, the UK, the US and Hong Kong.

It’s also no surprise that overseas buyers attracted to the Australian themes of surf, sand and sun that locations such as Surfers Paradise on the Gold Coast, and Noosa on the Sunshine Coast were the most in-demand. “Brisbane doesn’t see a lot of overseas searches—when people think of Queensland, they think of the beaches,” Conisbee said.

Here are the most-searched development projects by foreign investors across Brisbane and the Gold Coast: