Our great southern land is changing.  Extreme weather events are rapidly increasing in both duration and frequency and our communities are taking the hit.

Australian homes are becoming increasingly vulnerable due to the effects of climate change, and with each wild event devastating towns and cities, it is also impacting the health and wellbeing of its residents. 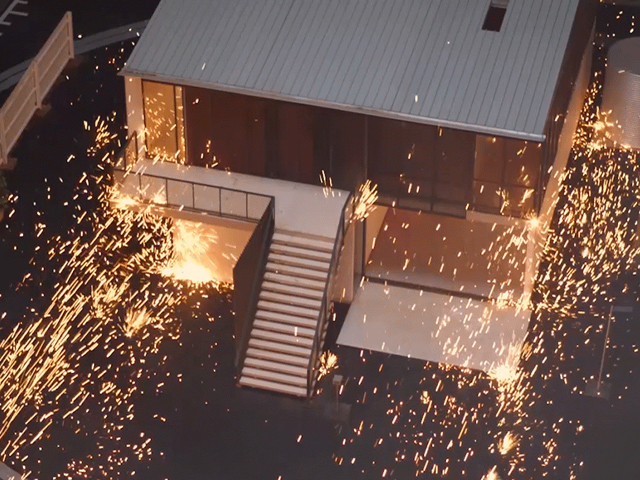 Nowhere is this more evident than in Queensland, where there have been 80 extreme weather events in the last 10 years*.

“Every season, every local will tell you that you’re one season closer to the next cyclone,” says Michael Cacciola, whose family was impacted by Cyclone Yasi in 2011. “When that next one is, who knows?”

SES Queensland has seen this devastation first-hand. “When you turn up, [the residents] look shell-shocked,” says Daryl Camp, QLD SES Regional Manager, Northern Region.” They are totally amazed at the destruction that has gone on around them and the fact they have survivor guilt. And as soon as you start to talk to them and have a natural conversation, that’s when it hits them and they start to break down.”

Tom Markwell from SES Maroochydore agrees. “People’s mental health deteriorates, their sense of worth in the community deteriorates and the longer it goes on, the higher the cost.”

Since Cyclone Tracy back in 1974, building standards and codes were created to address the life safety of residents. However, to this day, current building codes and standards don’t always cover a building’s resilience to the increasing threat of extreme weather.

“There’s an assumption that current building codes will fully protect you,” says Paige Vincent, head of Consumer Portfolio at Suncorp Insurance. “While they do protect life, they don’t necessarily support building resilience. And it will depend on when you built your home as to how the code will respond at that point in time.”

With each year seeing more and more homes lost and communities torn apart, a team of experts worked to better understand the problem residents are faced with during wild weather events.

Introducing: One House to Save Many

Suncorp, along with Australia’s leading experts in building resilience from the CSIRO and James Cook University’s Cyclone Testing Station, looked at what could be done on both a small and large scale to reduce the effects of harsh weather events on housing. By combining all their knowledge, research and expertise, the “One House to Save Many” project was born.

Inspired by the laid-back Queenslander, the expert team, along with Room11 architects, completely redesigned this classic building style to include weather-resilient features to withstand storms, floods, cyclones and fire. The result?

A steadfast, three-bedroom house that can protect its residents and maintains its structure and function after an event, without compromising on beautiful design aesthetics.

“Anybody can build a concrete and steel bunker that’s pretty resilient, but nobody wants to live in that,” says Kate Phillips, associate director of Room11 architects. “So we’re trying to go above and beyond that to not just protect life, but lifestyle too.”

By using existing standard building materials and technology, the expert One House Team was able to keep the project cost-effective, with the overall home worth the same as a standard architectural new home build. Each included feature is well thought out and set to face the elements. High-performing, ember-resilient mesh screens used on the facade, placed away from the glass, creates the ultimate front-line protection; flame-resistant stud walls and air-pressure relief protect the interior from increasing heat and pressure; and a robust balustrade stops windows from shattering from flying debris.

This features of One House were then resilience-tested by CSIRO, Australia’s national science agency and the Cyclone Testing Station against three main perils: flood, cyclone and fire conditions. This was shown in Suncorp’s One House to Save Many documentary available on YouTube.

“It’s about having a house and a place to live after a fire – that’s the definition of resilience,” says Justin Leonard, research leader of Bushfire Adaption at the CSIRO. “The reason why I really feel One House hit the mark is because it used a combination of relatively conventional building concepts but put them together in a way that actually has many layers of redundant design built into it, rather than a single shell approach. It can’t fail.”

The expert team hope features of this project could be used in future builds to improve the resilience of communities during increasing extreme weather threats. “What One House can really do through that is to ignite a change of mindset in the community from one of ‘someone else is looking after it’ to ‘I need to be aware of my own situation’. That attitude across the community or across the city or across a state, that’s when you get chance,” says John Doolan, director of the James Cook University Cyclone Testing Station.

How You Can Protect Your Home

As the frequency of natural disasters increases, money spent on rebuilding communities after every disaster also increases and this includes insurance. Suncorp’s commitment to resilience not only sparked the “One House to Save Many” project, it extends this commitments to its insurance products and inclusions.

“There is no way we can stop these storms or cyclones or floods from happening. But if we can actually reduce the amount of damage that weather causes to properties, and then lower the cost to actually repair the homes, then we can actually afford to start lowering the premiums,” says Suncorp Insurance’s Paige Vincent.

Suncorp’s goal is to address the issue from the outset and make communities stronger by encouraging them to improve the resilience of their homes. “Build it Back Better,” an Australian home insurance first, will help customers with homes that are substantially damaged (over $50,000 or 10 per cent of the sum insured) rebuild their home to be stronger, with additional recommended resilience options designed to withstand severe weather.

Suncorp Insurance is also looking at further ways to build resilience in the future by rewarding homeowners with reduced premiums on home insurance for preparation and resilient improvements.

After surviving Cyclone Yasi, Michael Cacciola says, “If you live in fear of the next storm season, the next bushfire season, are you really living life?”.

One House to Save Many

BIBB is tiered according to the level of cover up to $10,000. Conditions and exclusions apply. Before buying insurance issued by AAI Limited ABN 48 005 297 807 trading as Suncorp Insurance, read the PDS at suncorp.com.au. The TMD is also available.