Plans to transform Sydney’s former fish market into an entertainment and cultural hub have gone on exhibition for the first time.

New South Wales Minister for Planning and Public Spaces Rob Stokes said the rezoning at Blackwattle Bay would also include public open space and the precinct would connect to a 15km harbourside walk. 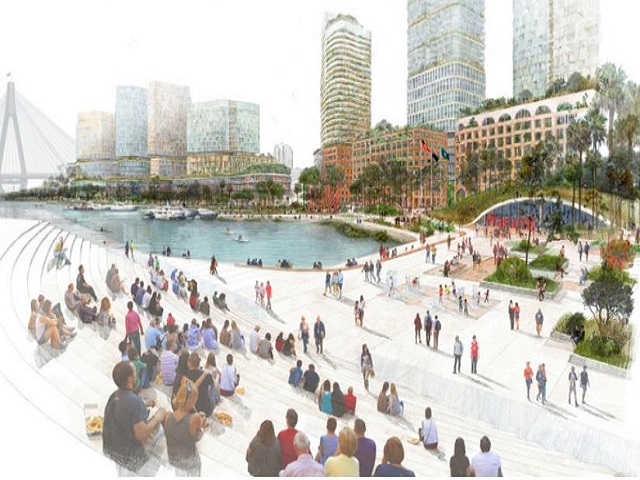 “Twelve redevelopment sites are proposed, which will boost new housing by 1550 dwellings and create the opportunity for more than 5600 jobs.

“These plans are part of the broader Pyrmont Place Strategy to revitalise what is the western gateway to the CBD and accommodate for future growth.

“Sydney Fish Market has been home to world-class seafood for decades but it’s time to give this much-loved location a makeover for the Sydney community and visitors.”

The plan would transition the remnant industrial and working harbour areas to a mix of commercial, residential, recreation and entertainment uses on the site, which is close to public transport, including the recently announced Pyrmont Metro station, as well as the CBD.

The project at Blackwattle Bay, formerly known as Bays Market District, has been deemed a state significant development to create a more accessible and attractive harbour foreshore.

The rezoning would also allow for future community events at the public space, which, according to planning documents, was integral to the redevelopment of Blackwattle Bay as an entertainment and cultural precinct.

Building heights would range between 21m and 156m, depending on the developable parcel of land.

All buildings would be required to demonstrate design excellence and undergo a competitive design process in accordance with the City of Sydney Competitive Design Policy.

The Blackwattle Bay State Significant Precinct Plan is on public exhibition until 6 August 2021.