New life (and a shop front) for 1700s colonial house

Old meets new in the historic center of Oaxaca, Mexico. Studio Alberto Franco has carefully repurposed a colonial house from the 1700s to create a temporary store for Utilitario Mexicano.

The design seeks to form a dialogue between new and old, and between the original character of the house and the contemporary objects of Utilitario Mexicano. 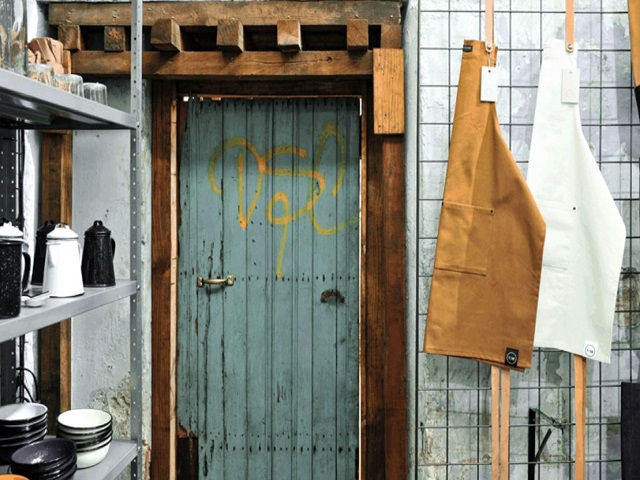 Carefully preserved the original elements of the building – old doors and peeling wall surfaces are not replaced or covered up, but instead, they are respected and left exposed. Against the original pastel-coloured walls, a second layer of wooden and metallic display units are inserted. These include a metal grid system and the Utilitario Mexicano trolley, which is typically used by Mexican street vendors. These temporary installations exhibit and sell timeless, everyday objects proudly made in Mexico and selected by Utilitario Mexicano.

Signs of previous uses and neon lamps occupy their original position, doors show their patina, and wooden pillars used in the reconstruction of the property are reused as steps at the entrances to the space. All these elements make up an interior evoking the ephemeral, dialoguing with other times, lives and past activities of the former Oaxaca colonial house located in downtown Oaxaca.

Utilitario Ambulante with its characteristic furniture thought as ‘temporary’, goes back to the origins of the brand; a collection of objects that was decontextualized by making appearances in design fairs and bazaars over Mexico city re-introducing objects and rediscovering the Mexican everyday anonymous designs and artefacts. Over the years the brand left the temporal behind formalizing its presence with brick and mortar stores and online sales.