Inspired by the inner workings of plants and grown in a ‘nursery’, Junglefy has taken the air filtering properties that trees have been doing for millennia and brought it into the technological age with their new ‘Breathing Stand’, as a solution to poor air quality in offices.

Junglefy have released their next generation breathing technology in a portable unit called the Junglefy Breathing Stand. 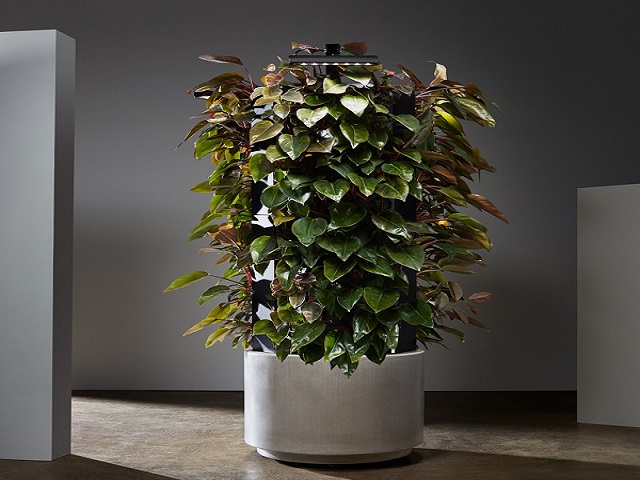 With its own inbuilt ecosystem, the Breathing Stand contains a biofiltration system and is scientifically proven to accelerate the removal of CO2, volatile organic compounds (VOCs) and particles from dust and allergens.

The stand contains 144 plants and can remove 65 litres of carbon dioxide in one day as well as remove up to 96% of VOCs. All of this is done in a very small footprint, just 67cm in diameter and just over two metres high. The compact nature of the stand lends itself to a variety of indoor applications to improve air quality and enhance wellbeing.

Junglefy first introduced their breathing technology in 2015 at the Lendlease headquarters in Barangaroo. As the first project to install a Junglefy Breathing Wall, Lendlease led the industry on indoor environment quality and championed the use of the breathing system.

The next generation Breathing Stand is a nature-inspired design by one of Australia’s renowned industrial designers, Adam Cornish, who worked with Junglefy on previous nature-based solutions.

Backed by research, Junglefy have partnered with the University of Technology Sydney; a collaboration since 2015, to test the stand’s air quality data in real-life locations. Junglefy worked with launch partners, Questacon, Laing O’Rourke, Built and Caringbah Tradies, as the trailblazers that purchased the first version prototypes, providing valuable feedback to test and modify the design.

The Breathing Stands are growing in Junglefy’s nursery and are part of a limited first release aimed at supporting the first workers returning to the office in the new year.

“Office environments are changing with the new work from home dynamic. People are now coming into the office for collaboration and connection, so we need to create natural, nurturing spaces to support that. A Junglefy Breathing Stand is a flexible and simple way to bring all the positive benefits of nature into a work environment and help bring people back together.” said Jock Gammon, Junglefy’s Managing Director and Co-founder.