Developer Shakespeare Group has announced the topping out of its St Boulevarde residential development in Melbourne, with homeowners expected to move in in 2020.

Situated between Albert Park and South Yarra, the three tower project is one of the largest in St Kilda, an area that has seen a high concentration of developments go up in recent years. 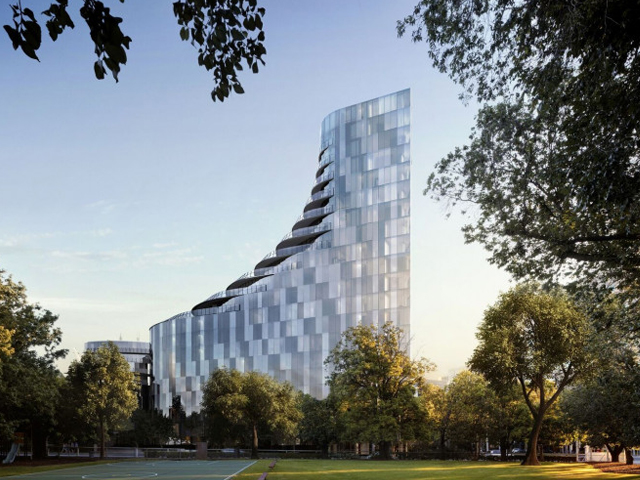 Designed by architects Elenberg Fraser the project is expected to cost a total of $350 million and will be delivered by Builder Group.

The residential space totals over 7,300-square-metres and offers 60 different apartment floor plans including some whole-floor configurations.

The balconies are equipped with retractable screens allowing residents to adjust the sunlight in each apartment’s central internal spaces, while a ‘second skin’ of manoeuvrable windows maximises airflow within the units.

The development is currently 90 per cent sold off-the-plan with the remaining apartments expected to be snapped up by the end of the year.

It’s been defiant of the slow sales affecting Melbourne’s high-rise apartment market on the back of cladding and construction defects.

Colliers International director Brett Griffith said that there was a clear trend towards “final phase purchasing” as purchasers come into the market confident with off-the-plan projects.

“The prime location, great design, stunning amenities and the anticipated completion of construction in early 2020 have been the main drivers of successful sales,” Mr Griffith said.

“We understand that there is an increasing demand for luxury apartments designed for residents to call home.

“It is an excellent proposition for young professionals, families and downsizers,” she said.