The Maribyrnong River precinct in West Melbourne is about to undergo a refresh thanks to a sprawling mixed-use project set to start construction in 2021 after being green-lit by unanimous approval from the City of Melbourne’s Future Melbourne Committee on Tuesday night.

WMW Developments is the team behind the waterfront project, a venture between family-owned group Perri Projects and Qanstruct. 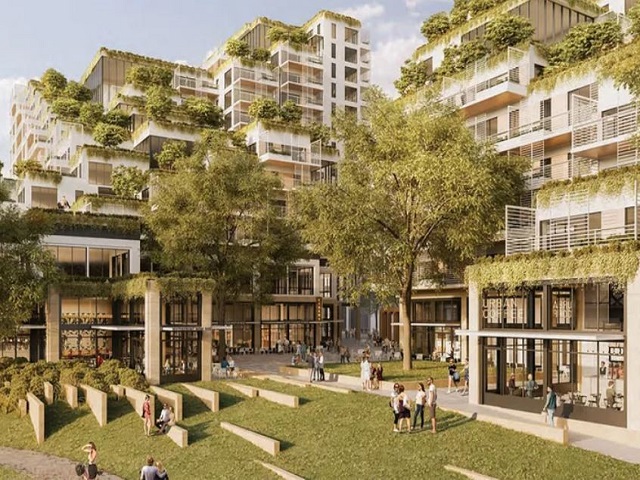 Construction will span four stages across the 3.1-hectare site located at 156-232 Kensington Road. The West Melbourne project is described as “a mixed-use urban renewal precinct”, comprising 600 residential dwellings, a retail centre and a boutique hotel, with operator yet to be announced.

Perri Projects director David Scalzo said the project would be at the centre of council’s vision for the underdeveloped CBD fringe suburb. “As a business and as Victorians, we are proud this landmark project will create an employment hub and contribute to Melbourne’s post-pandemic recovery, creating some 500 jobs over the next five years through the design and construction phases alone,” Scalzo said.

The Scalzo Group owns and occupies the land at 156-184 Kensington Road, which is currently occupied by the head office of Scalzo Foods, as well as a warehousing and manufacturing facility.

Designed by Foster and Partners and Fender Katsalidis, the proposal includes seven buildings, with the first stage of construction focusing on major retail, accommodation and employment, “encouraging people to work and reside within the precinct”, the architects’ say.

The first stage is set for completion at the end of 2023, with progressive stages planned to be completed by 2026.