Construction work has begun for Herzog & de Meuron’s transformation of a decommissioned power plant building in San Fransico into a mixed-use project.

The adaptive reuse project will convert the brick structure named Station A, which was built in the early 20th-century, into offices and workspaces. 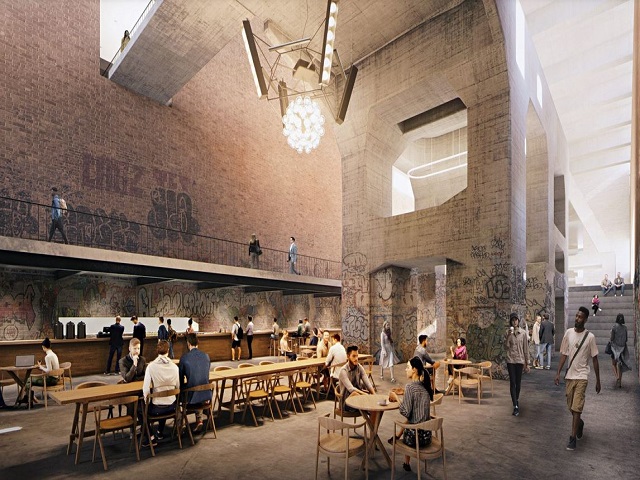 It is being designed by Herzog & de Meuron with local office Adamson Associates Architects as part of a wider 29-acre (11.7-hectares) masterplan called Power Station, which will connect the industrial waterfront site to the Dogpatch neighbourhood.

Initially intended for demolition, Station A, one of the historic structures of Dogpatch neighbourhood, is now being repurposed as the local community advocated for its preservation. Building on its experience with adaptive reuse projects such as London’s Tate Modern, Hamburg’s Elbphilharmonie or Madrid’s Caixaforum, Swiss firm Herzog & de Meuron proposes a careful reconsideration of the qualities of the industrial site, assigning new uses to the former power plant’s architectural features.

“The reinvention of Power Station will bring new life to a significant building from the city’s colorful past and will anchor this area as a destination on the San Francisco waterfront,” said Herzog & de Meuron’s senior partner Jason Frantzen. “We are honored to continue our work in the Bay Area and look forward to realizing this important project.”

As part of the overhaul, the plant’s old turbine hall will be retained and used as a large atrium-like space. Here, the original platforms that once supported machinery will be used as walkways and lookout points.

The Power Station plan is San Francisco’s most extensive development project to date and will feature housing, retail, office spaces and outdoor areas, creating a new mixed-income neighbourhood on the city’s waterfront. Other buildings within the development are designed by Foster+Partners and LMS Architects.