$400 Million development in heart and soul of Adelaide CBD

Adelaide’s Central Market is the heart and soul of the CBD, drawing in locals and tourists alike for shopping and epicurean experiences.

And now, it’s set to have even more life infused into the space now that ICD Property, the Chinese-backed developer of one of Melbourne’s largest apartment towers, has secured approval for a $400 million mixed-use development in the precinct. 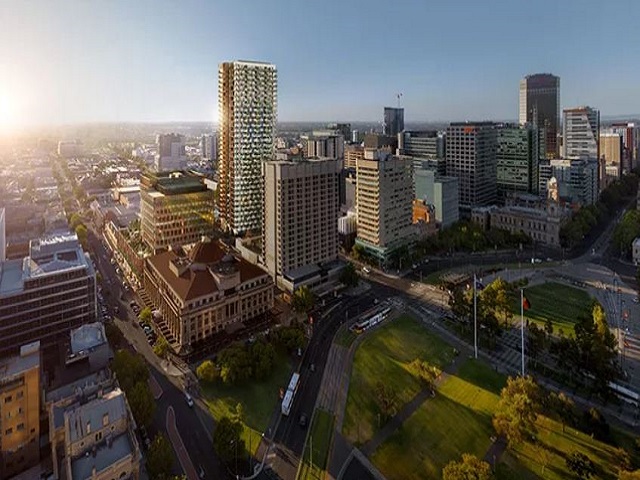 Construction will commence on the first phase of the Woods Bagot-designed project, which will comprise three towers across the prominent 8,500sq m site, in the second half of the year.

The development will involve ICD developing and handing back over 6,000 square metres of retail space including market activities, specialty retail, a supermarket, basement loading and 260 public car-parking spaces to the city.

The Melbourne-based developer will control the air rights above the arcade, with the tallest of the three towers set to reach 38-storeys.

The development will feature 15,000sq m of A-grade office space, as well as 11,200sq m of complementary retail, a 249-room hotel and 210 apartments—15 per cent set of which will be set aside for affordable housing.

The Adelaide Central Market Arcade, which dates back to 1869, will continue to operate during the project’s three and a half year construction period with temporary parking provided on the site of the former Franklin Street bus depot.

Eq. Tower on A’Beckett​ Street has since been joined by a number of projects including a 65-storey project at 299 King Street near Flagstaff Gardens, valued at $440 million.

Khoo said the commercial element of its Market Square project had helped it over the line with A-grade amenity in short supply across greater Adelaide.

“This workplace is a much-needed addition to the city’s commercial offerings and will be highly sought-after for its premium location, inspired design, connectivity, and amenities.

“Modern, sustainable, and featuring the best technology, the Market Square office has been designed to create a better working life,” Khoo said.

ICD Property has enlisted JLL to undertake the leasing of the building’s commercial floorspace.

Lord mayor Sandy Verschoor said the approval was a once-in-a-generation opportunity to grow and secure the future of one of Adelaide’s most iconic precincts.

“This investment provides a unique opportunity to build on what people already love about the market district.

“We are excited to be part of ICD Property’s Adelaide’s flagship development, building on the Central Market’s importance as a South Australian icon, and provide better connections to Victoria Square and the surrounding streets.”

The project has not been without its controversy. Plans were initially unveiled in 2019 to demolish the existing arcade, which was last developed in the 1960s, but was met with concern from the SA Housing Authority.

The authority stated that the development did not meet state government criteria to consider affordable housing, as no land management agreement had been signed.

In November, the project’s core backer Nanshan Singapore, a subsidiary of the Nanshan Group, withdrew its involvement following negative public commentary about the conglomerate’s alleged links to the Chinese government.