Panettiere Developments is thinking and looking towards the future with their plans for a 22-storey mixed-use development that would be constructed over five stages on Brisbane’s city fringe.

Backed by the Brisbane-based Panettiere family, the Newstead property at 75 Longland Street spans a 3298sq m site and would comprise a total of 239 apartments. 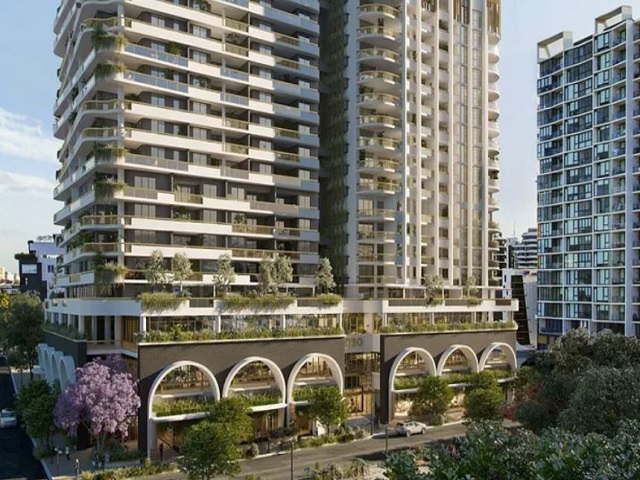 The proposal includes the construction of the 22-storey building comprising commercial and retail, with plans for seven ground floor tenancies and a hotel, subject to approvals.

In its response, the developer said the project takes a “design-led approach” to the area, resulting in “a height proportionate to the increased width to Longland Street whilst maintaining views of the city centre from Kingsford Smith Drive”.

The developer picked up the Newstead site in early 2018 for $13.2 million.

Plans would see the existing commercial buildings demolished to make way for the new project, known as Oro, designed by Urban Solutions Architects.

Short-stay accommodation would span levels three to seven, with the developer seeking dual classification of apartments as both multi-unit dwelling and short-term accommodation, covering 85 apartments.

Panettiere director Joe Panettiere, who explained the project’s name means gold in Italian, said there is demand for quality office space in Newstead.

“At the moment there may not be strong demand for short term accommodation in the area but down the track, there will be.”

“The building has two levels of commercial space that can be used for offices. We’re also supporting co-working space on level 19 for people who want to work from home.

“So we’re providing what I call a true mixed-use development.”

The application for stage one includes plans for food and drink, health care service, indoor sport and recreation, the 85 apartments of short-term accommodation and another 154 apartments.

Plans show 417 car spaces are included in the application.

The inner Brisbane suburb was once a predominantly industrial area, centring around the Teneriffe Woolstores and Newstead Gasworks, and has since seen significant development over the past decade.

Panettiere is also behind another Newstead project, the nine-storey 106 apartment building on Doggett Street, known as Nero.