The federal government’s decision to extend the deadline for construction starts under its HomeBuilder program will alleviate capacity constraints that had threatened to leave consumers out of pocket and developers with failed sales, experts say.

The extension follows a recent spike in approvals to build private homes, which hit record highs in February, fuelled by the successful policy in tandem with record low interest rates. 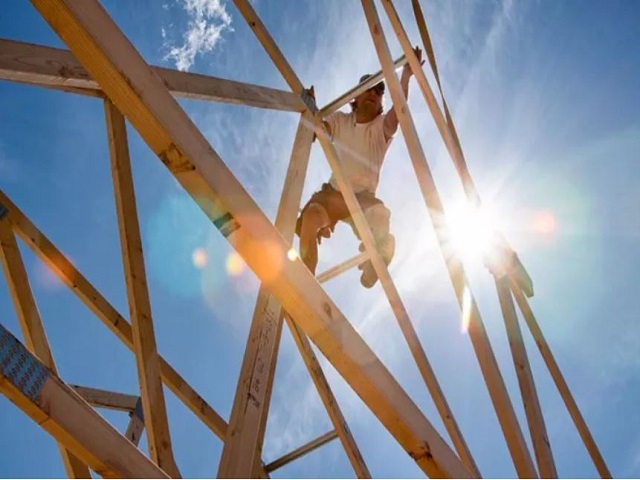 Builders now have until September 30 next year to begin work rather than the end of September this year.

HomeBuilder, introduced in June of last year in a bid to prevent a collapse in housing construction, offered $25,000 towards a new home or a major renovation—if contracts was signed by December 31 and construction started within three months.

Within those tight deadlines sales had to be contracted, council approvals and finance obtained, the land subdivided and work started. The window for applications was extended to the end of March, although the size of grants was trimmed from $25,000 to $15,000.

The federal housing minister, and assistant treasurer, Michael Sukkar had originally intended for HomeBuilder to be a short, sharp stimulus with a tight timeline to fill the looming gap in construction activity in the second half of 2020.

According to the federal government, more than 121,000 people have applied for the grant. Treasurer Josh Frydenberg said the scheme will cost the government $2.5 billion but had generated more than $30 billion in stimulus within the nation’s construction sector.

UDIA national president Simon Basheer said while HomeBuilder had succeeded “beyond anyone’s expectations”, the extension of timeframes for commencing construction from six to 18 months was a smart decision to maximise benefits for buyers and builders.

“Housing and construction contribute 750,000 direct and indirect jobs to the nation, so it is well placed to fill the gap caused by border restrictions and slower population growth due to current immigration levels,” he said. “Land sales and housing construction have effectively doubled during the past 12 months and the industry is working at maximum capacity.”

According to the UDIA’s annual state of the land report, sales of greenfield housing lots in the outer suburbs nearly doubled in 2020 to 53,760 as the sector swung into “full capacity” in the second half of the year.

Almost 45,000 new detached homes were completed in the greenfield markets in 2020, up 30 per cent on figures the year before.

New standalone home commencements jumped to a seasonally adjusted figure of 34,313, up 27 per cent, in the December quarter, the highest since March, 2000.

At the same time, developers who had accelerated production to cope with HomeBuilder faced the possibility of unsold stock, leading to falling prices, tougher financing and reductions in equity for those consumers who already had bought nearby.

Off the back of the wave of commencements, Master Builders Australia said a survey had found that 70 per cent of builders were currently experiencing delays and cost increases for key trades and building products.

“This also created the risk that thousands of HomeBuilder applicants could miss out on the grants because builders could not meet the construction start date requirements,” Master Builders Australia chief executive Denita Wawn said.

According to the Housing Industry Association, new home sales are now 39.4 per cent higher across the March quarter than the same time the previous year.

“As a consequence, sales over the coming months are expected to cool from recent highs.”

HIA’s latest forecasts predict the record-breaking detached housing starts this year will hit 127,000 by the close of the year, up from the previous peak of 120,000 in 2017.