Plans to develop the first new home and land estate in Byron Bay in 30 years are finally being moved forward by developer Tower Holdings.

The controversial estate, Harvest, was first mooted in 2017, and includes 149 homes to be built by Metricon and Brighton Homes opposite the Bunnings Warehouse at 342 Ewingsdale Road, Byron Bay at an estimated cost of $25 million. 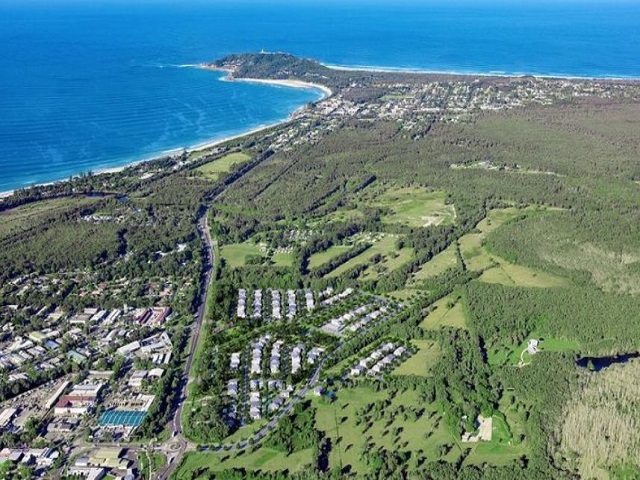 The beachside shire in northern NSW has the highest house prices in the country and is tackling a growing problem with homelessness and a lack of staff due to housing affordability.

Tower Holdings first submitted plans to develop 282 properties, under its subsidiary Villa World Byron, on the 75ha site in 2017.

This application was refused in 2019 and 2717 submissions against the project were received in its first two exhibitions.

The decision was overturned in the Land and Environment Court in December 2020, giving consent for the subdivision of nine lots into 149 residential lots and seven green infrastructure lots in seven stages.

In June this year Tower Holdings submitted to the Byron Shire Council amendments for these plans to be delivered in three stages in order to significantly reduce the 14-year timeframe of the project.

The latest plans show a 49 per cent reduction in the clearing of native vegetation from its original DA scheme and a 30m-wide landscape buffer next to the main road into Byron.

The site plan will also conserve 38.4ha of existing vegetation, including 2.9ha of existing frog habitat to preserve endangered species the Wallum froglet and Wallum sedge-frog.

The community will have a strict no pet dogs or cats rule to further protect native wildlife.

The developer said it is planning “a VIP and public launch date for mid-November 2021”.

Meanwhile in Byron Bay, developers are taking advantage of the bohemian boom which has seen land and homes go for record prices and new developments spring up across town.

Twiggy Forrest’s investment company recently bought a $30-million wellness retreat, the Great Northern Hotel and hotel sold for $80 million and there has been an application for a $52-million mixed-use development at Byron Plaza.