Growth of prestige property markets around the world has been significantly stunted over the past 12 months and recorded the lowest increase in five years.

Across 45 cities prestige property prices increased by 1.1 percent on average over the year to September while in the previous year growth was 3.4 percent. 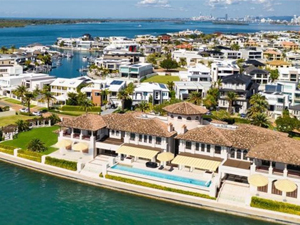 Geopolitical tensions, particularly with the United States and slower than usual performance from major economies globally are factors contributing to the fall, with buyers behaving cautiously.

Prestige property is classed as the top five per cent of the market and the index is valuation-based, tracking the movement in prime residential prices in local currency.

Moscow recorded the biggest price increase year on year of 11.1 percent, which was driven by the completion of a number of high-end projects in its Ostozhenka and Tverskoy neighbourhoods.

Guangzhou, Geneva, Zurich, Delhi and Madrid all rounded out the top 10.

Knight Frank’s Australian head of residential research Michelle Ciesielski said even though the IMF and other organisations have been delivering loose economic policy and a period of steady wealth creation, other factors are leading to weak luxury sales volumes.

“Slower global economic growth, along with escalating headwinds of the US-China trade relations, Hong Kong’s political tensions, a US presidential election in 2020 and the Brexit conundrum are influencing buyer sentiment, ” she said.

“Growth in prime property prices closely follows the performance on the stock exchange, and there have been some significant gains made on the Australian sharemarket in 2019.

“Collectively the Australian prime market has continued to see sustainable growth of 2 per cent in the year ending September 2019, while the sharemarket recorded a 7.7 percent return,” she said.

Sydney improved its position moving up to 17th in the global rankings, with 2.6 percent annual growth.

A strong pipeline of upcoming projects saw the Gold Coast enter the list for the first time earlier this year and the city moved up the rankings to 26 with a 1.3 percent increase in the third quarter.

Knight Frank expects Sydney’s prestige market to grow by a further four percent by the end of 2020 and Melbourne by 3 percent.

Prime properties are expected to climb by 2 percent in both Perth and Gold Coast, while Brisbane is tipped for 1.5 percent growth.