For the first time in two decades, a heritage-listed North Sydney development site has hit the market, with price expectations set to eclipse $80 million.

The building was first thrust into the spotlight after it was was pictured by the Australian modernist photographer, Max Dupain, in a series images in the 1970s. 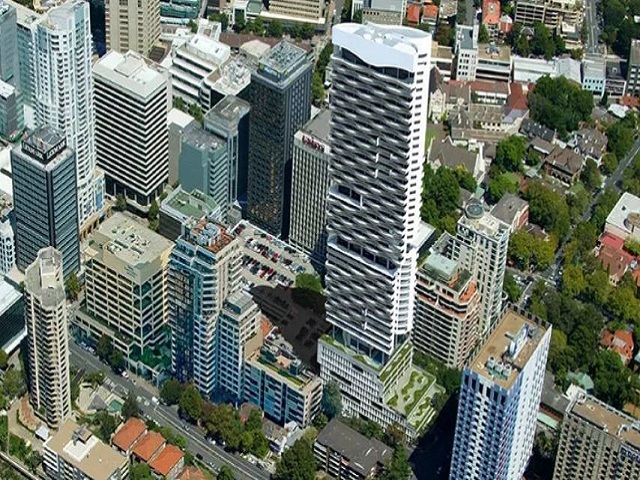 The seven-storey Harry Seidler-designed office building on a 2,359sq m site at 41 McLaren Street benefits from demolition clauses, and has the potential to be reimagined as a large-scale development. The 3.2-hectare masterplan is set to deliver much-needed public domain and amenity improvements to North Sydney CBD, whilst encouraging high-rise mixed-use development through increased potential height limits.

It sits directly opposite Victoria Cross Metro Station’s northern entrance on the corner of Miller and McLaren Streets and in its current format offers 8,400sq m of office space above basement parking for 91 cars.

Initial plans featured commercial offices within the seven-storey podium of the building, while 200 residential apartments were planned across 37 residential storeys. Erolcene has since submitted a rezoning review request to NSW Planning.

“This is North Sydney’s most iconic redevelopment site,” O’Neill said.

“After having received several compelling offers from developers over recent years, the owners have decided to put the property to market, to take advantage of the scarcity of available sites.

“The building is strategically positioned for refurbishment or additional floors, and provides significant value uplift, via a planning proposal, for a new mixed-use tower atop the existing building to maximise the site’s height and harbour views.”

North Sydney has undergone a rapid transformation in recent years from a subdued commercial centre to a lively CBD with state-of-the-art skyscrapers and transport hubs.