Chinese developer JQZ has submitted plans to add to its residential project in Sydney’s Lidcombe with 569 new units.

The project has an estimated budget of $177.5 million and is designed by architecture firm BVN. 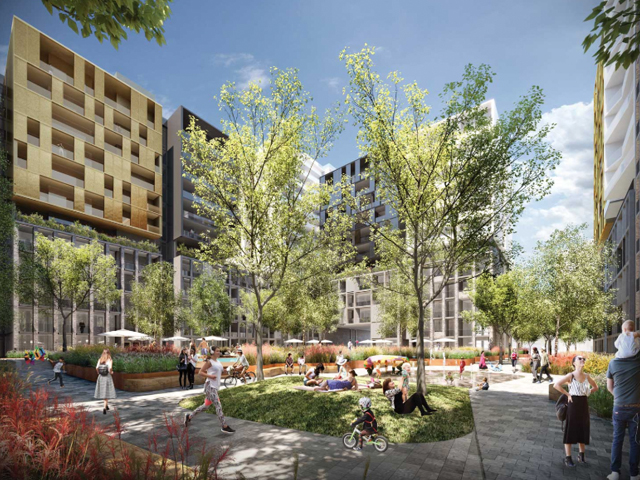 The tallest of the three apartment towers would rise 29 storeys and each houses a four-level basement.

Plans submitted to Parramatta Council show that the precinct would include an eight-storey retail building facing the road.

It would be situated on a former industrial site opposite Sydney Olympic Park and ANZ Stadium.

The first tower of the project reaches 94 metres, tower two is 72 metres and tower three is 62 metres. However the existing Olympic Park Precinct has height limits of 30-storeys on the eastern side.

The new project would sit next to JQZ’s Vivacity mega-project in Lidcombe, which houses 1200 apartments. It also includes 3000 square metres of retail space.

“This visionary new development has been designed for those who like to live their life front and centre. Located in the heart of a dynamic precinct in the midst of an electrifying transformation, this world-class building allows you to be part of the action and part of the future.”

The original 2016 application for the site had demolition of the existing building approved.

The empty lots were used for storage of construction materials and vehicles and supported stage one of the development.

Olympic Park will have a stop on the slated light rail network and is expected to benefit from the state government’s Carter Street Master Plan, which will see 5500 new dwellings, a village centre and primary school by 2030.