Moving confidently ahead with new projects, despite the current climate of uncertainty, Mirvac has released plans for a 25-storey residential tower in Brisbane as part of its Newstead masterplan. 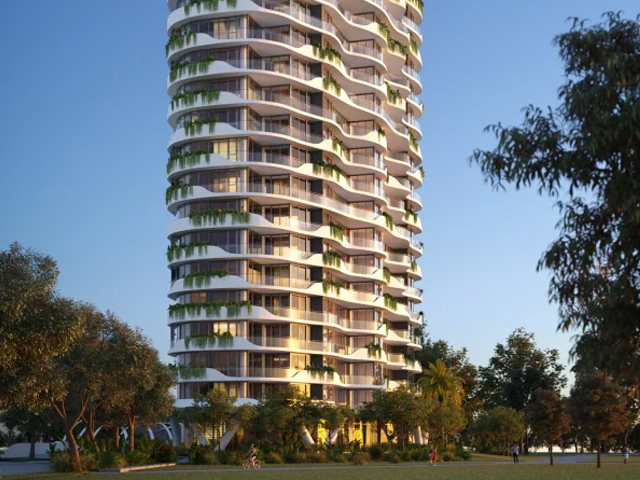 A 143-apartment tower dubbed Sky Precinct, the tower is set to be part of Mirvac’s $1 billion Newstead masterplan in central Brisbane.

The project will offer a mix of one, two and three bedroom apartments, with a limited collection of premium four bedroom residences with views of the Brisbane River as well as a 25 metre infinity pool on the building’s roof.

Stage one, which completed in 2011, saw the development of two premium residential apartment buildings comprising of a total of 99 state-of-the-art apartments.

The masterplan’s second stage, Park, was completed in 2012. Featuring 102 apartments in one, two and three-bedroom configurations.

Mirvac is currently undertaking its latest Newstead development, Shore, which will contain 333 apartments spread over two towers, as well as offices and retail outlets at 60 Skyring Terrace.

Mirvac residential general manager Warwick Bible said the proposal would follow in the footsteps of the previous landmark stages of Waterfront Newstead—Pier, Park and Unison.

As a result of uncertainty around the coronavirus, Mirvac last month withdrew the 3-4 percent earnings per share growth and 5 percent dividend-per-share growth it restated when announcing its half-year earnings.

Mirvac gave no detail as to which parts of its business were most affected as it withdrew all forward-looking statements, including comments about active and passive earnings.

Mirvac said its balance sheet and debt position continued to remain robust and the group was well-positioned with $944 million of cash and committed undrawn bank facilities available and gearing levels of 20.8 percent at the end of 2019.

Last year, the developer made 19 percent of operating EBIT earnings from retail property, 58 percent from office and industrial and the remaining 23 percent from residential.

The developer said it had only $200 million of debt maturing in the next 12 months, which could be repaid from available facilities.