The Oaks Airport has hit the market just outside of Sydney, opening up its 40.6 hectares for commercial development opportunities.

Approximately 80 kilometres south-west of the Sydney CBD, the airport was used in World War II as an alternative base that could hide aircraft if the major base came under attack. 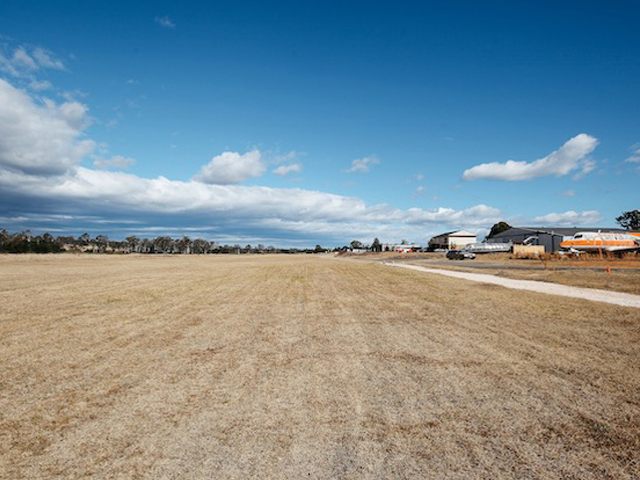 The site would have a significant upside for an industrial or residential development, given its proximity to the new Badgery’s Creek Airport currently under construction.

Land values are accelerating in Western Sydney, driven largely by significant levels of demand, a shortage of available serviced land, and a lack of investment stock being brought to market.

According to exclusive sales agents Tom Tuxworth and Nick Lower, along with colleagues Nick Tuxworth and Michael Fenton of Savills Australia, the property is an extremely rare listing that provides strong potential for capital growth.

“100 acres of prime land in this location should be well suited to many astute buyers, including Australia’s leading institutions.

“With alternate investments being looked at closely by many buyer groups on the back of a softening bond market and volatile stock exchange, we are excited to see the types of buyers investigating this opportunity further,” he continued.

The aerodrome currently hosts about 200 flights a day, from two parallel grass runways about 900 metres long and a shorter perpendicular one.

It’s the first time in 44 years The Oaks has been listed, having been long held by flight engineer Grahame Onus and his business partner at Marshall Airways. Mr Onus told the Australian Financial Review that he was reluctantly selling the property due to his age, and that based on sales in the area the property could fetch over $10 million.