The virtual nature of this year’s awards did nothing to detract from an outstanding showcase of innovation at 2020 Property Council of Australia / Rider Levett Bucknall Innovation and Excellence Awards. And let’s be honest, it’s a double win when you can receive an award in the comfort of your own home (possibly in your pyjamas instead of formalwear). 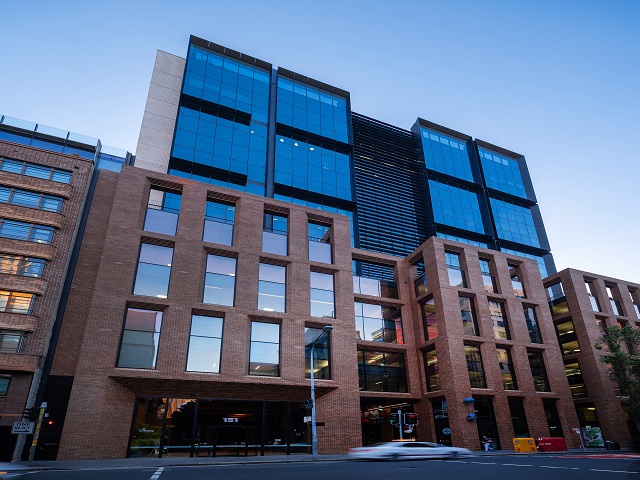 “An impressive 127 finalists were announced back in December 2019, and it has certainly been a longer wait than usual for us to unveil the winners,” says the Property Council’s Chief Executive Ken Morrison.  “Our industry shapes the future of our cities, and has a strong commitment to excellence and innovation as the winners of these awards demonstrate.” Morrison added.

“Investa’s Barrack Place reminds us of the role that offices play in supporting people to do their best work while creating activity, vibrancy and productivity in our CBDs,” says RLB’s NSW Managing Director Matthew Harris.

Located at 151 Clarence Street, and strategically placed between Martin Place and Sydney’s Western Corridor, this A-grade commercial office tower was completed in 2018.  Designed by Architectus, the 23-storey building features a contemporary glass tower atop a masonry podium façade. A fine grain ground-floor network of laneways creates an active thoroughfare between Clarence and Kent streets.

Images via Property Council of Australia