2019 a record year for skyscrapers

2019 was an incredibly big year for skyscrapers around the world with records broken across several different height categories, according to research from the Council of Tall Buildings and Urban Habitat (CTBUH).

26 towers over 300 metres were completed in 2019, breaking the previous year’s record of 18, which also set a new record at the time. 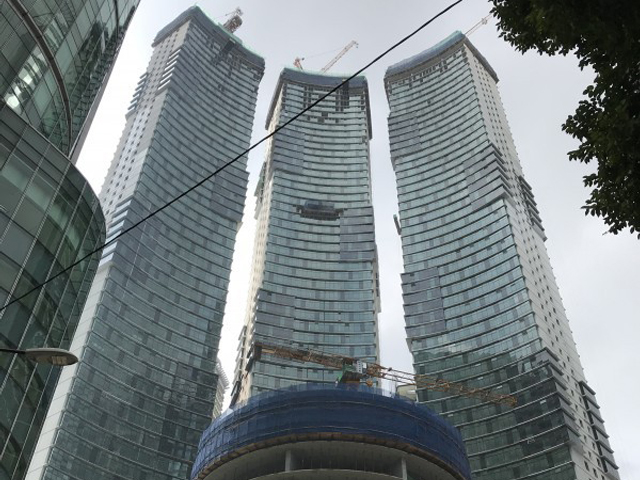 The tallest of these is the Tianjin CTF Finance Centre by SOM, which sits at 530 metres and, along with its sister tower in Guangzhou, is the seventh tallest tower in the world.

But while the number of supertall towers rose, the number of towers around the 200 metre mark dropped to 126 compared to 146 in 2018.

Reasons for this have been estimated as a lag from projects cancelled earlier in the decade after the 2008 financial crash and not necessarily recent economic conditions.

Areas that will have a high number of completions are in Shenyang China and the King Abdullah Financial District in Riyadh Saudi Arabia.

New York City has 10 buildings in this category expected to top out this year, and potentially two above 300 metres.

Skybridges were also notably on the increase in 2019 and are being studied in a specific research project by CTBUH, as they “indicate the growing interest of creating horizontal habitat at height in increasingly crowded, vertical cities”.

The tallest skybridge completed in 2019 is the Sky Suites @ KLCC, Kuala Lumpur, which connects three residential towers at the top in a curving bridge with a large outdoor space.

In Africa the continent’s second tallest tower and the tallest in South Africa, the Leonardo was completed. The project is a 227-metre-tall hotel and apartment tower in central Johannesburg.

The tallest tower in Africa is the 265-metre-high Great Mosque of Algiers mosque in Algeria.