GPT will tap investors for $850 million to fund the deal. It encompasses Darling Park Tower 1, leased by the Commonwealth Bank, and Tower 2 which is the home of IAG. 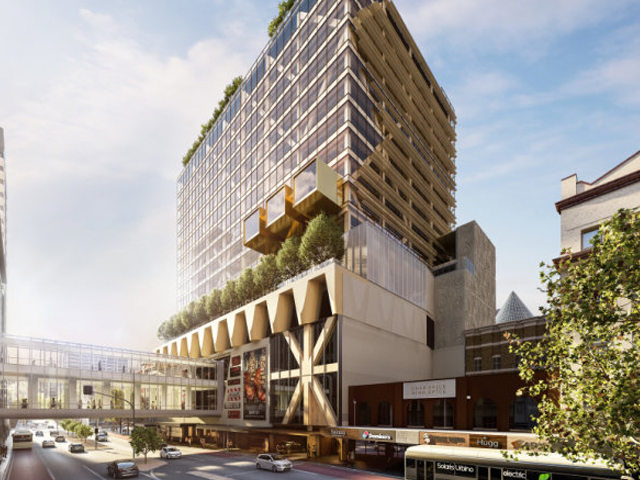 They will also hold a majority stake in the proposed $1 billion 40-storey office building at the front of the aforementioned Darling Park Towers.

This development and revamp of Darling Harbour will be the last piece of the puzzle for the western and southern areas of Sydney City. There is currently a development of the W Hotel and Mirvac’s plan for the Harbourside shopping centre both nearby.

While it is still in design phase, GPT’s plans for Cockle Bay will encompass public space including a natural amphitheatre to host major events such as Vivid and New Year’s Eve Celebrations. The space will have a park at the northern end, called Cockle Bay Park.

GPT’s chief executive, Bob Johnston, said the public space will cover the area of the Western Distributor that currently separates Darling Harbour from the rest of the city, turning dead space above the freeway into a new green space for the public. An international design competition is expected to be launched later this year for the $2 billion development.

Johnston says the acquisition reflects GPT’s confidence in the office market of Sydney. He says, “We are confident of further rental growth in Sydney and Melbourne office markets and the deal also gives us exposure to development opportunities with our interest in the planned fourth office tower.”

For more information visit GPT and The Sydney Morning Herald

With entries for the 2020 Bluethumb Art Prize closing in a week, let’s meet the judges who are ...