6 of the most incredible swimming pool designs

While a simple apartment lap pool is a lot of fun, there are ways developers can be so much more creative with the visuals and specs.

From diving into the water over 100 metres in the sky to taking a dip in the basement, swimming pool engineering has gotten more inventive over the years. 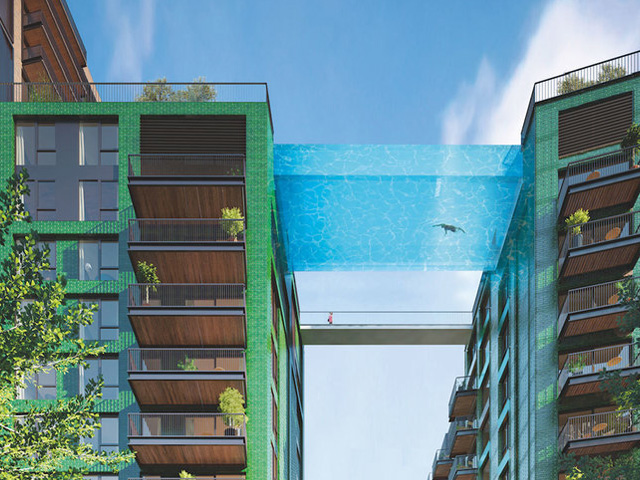 These are six pools that are pushing the limits of what’s possible for underwater architecture.

Nine Elms’ complex has something unconventional joining two of its residential swimming buildings at the 10th storey level- a 25-metre-long swimming pool. Plans for the pool were first announced in 2017 and it’s now being manufactured in Colorado, USA and will be shipped to England. Made from acrylic, the pool is entirely transparent. 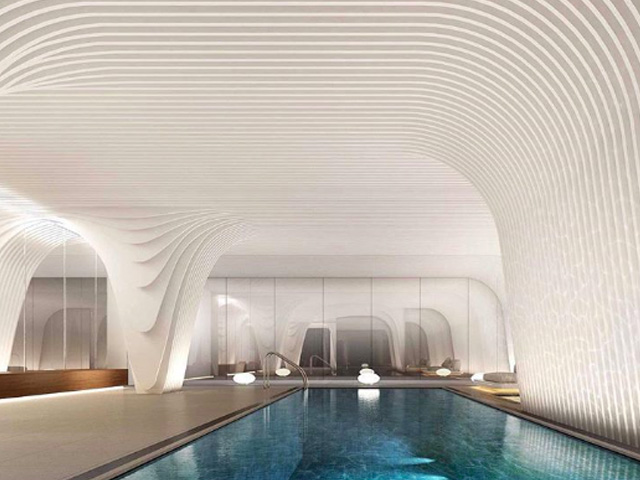 The 25-floor Arc project by Crown Group opened up to residents in 2018 and hides a gem in its basement. Architect Koichi Takada’s unique, futuristic design was inspired by ice cave formations and is designed to encourage residents to reinvigorate. It forms a calming white oasis on Clarence Street in the heart of the Sydney CBD. 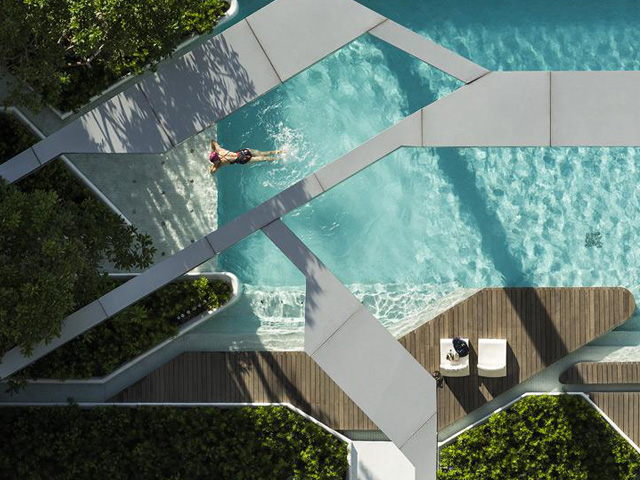 An optical illusion of sorts, the concrete canopies above this pool appear to splice it into segments. T.R.O.P, the architects behind the pool at Pyne wanted to do something different in creating the perfect swimming spot in hot and sweaty Bangkok where there are plenty of pools many of them even called skypools. On the lower podium of the 42-unit residential complex, the pool’s outline is straight lines with curved edges, avoiding perpendicular lines. 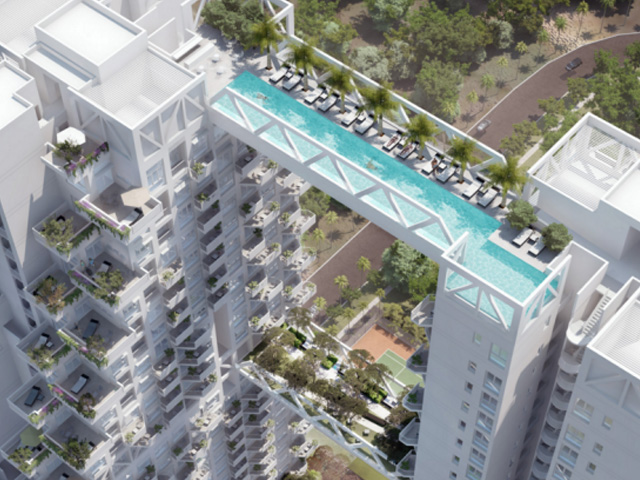 The London Skypool could be taking some inspiration from another suspended swimming pool over in Singapore 38 storeys above ground level. The pool, bordered by a narrow white deck reaches between two high-rise apartment towers in the Sky Habitat development. Designed by world-renowned Canadian architect Moshe Safdie​, the residential complex comprises 509 apartments and was completed in 2015 in Singapore’s Bishan district. 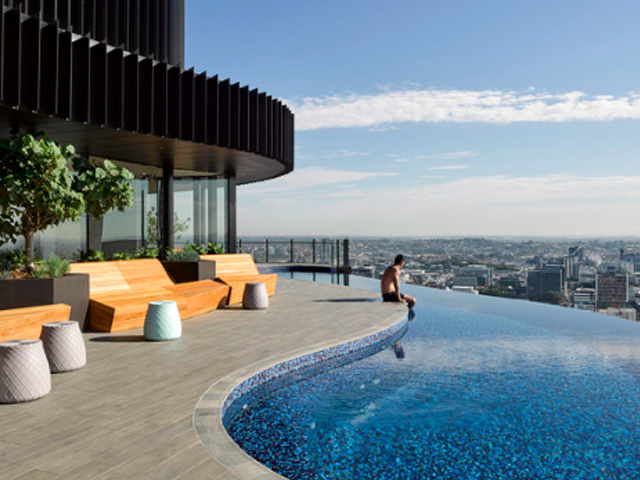 At 130 metres up on the rooftop of one of Brisbane’s tallest buildings is one of Australia’s highest pools. Bordered by a grey paved deck, the blue-tiled pool follows a curve and appears to fall off the face of the earth. Its rooftop neighbour is a private high-end rooftop dining room. 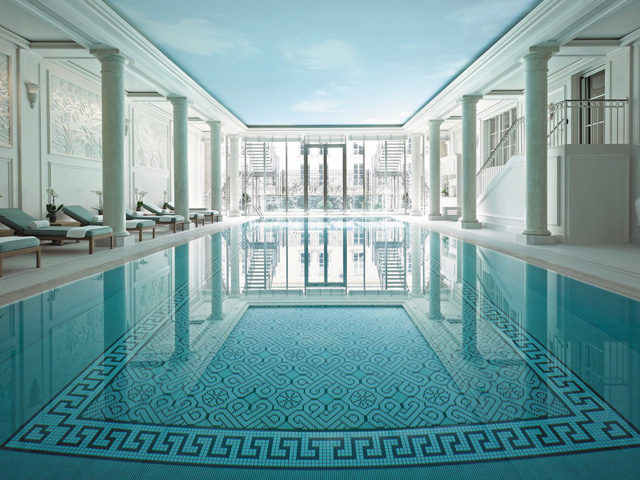 Paris’ Shangri-La Hotel offers its guests an indoor pool with refined classical detail. Completed in 2010 but echoing a much older style, the pool was  a collaboration with architect Richard Martinet and interior designer Pierre-Yves Rochon. Lined in glimmering blue tiles and set in a sun-drenched, white-pillared atrium, it sits in the basement in what had previously been the stables of Prince Roland Bonaparte’s hotel.