An $82-million vision for an innovative campus-style commercial precinct—complete with an “architectural treehouse” of collaboration spaces—has been unveiled for Sydney’s inner south.

Bourke & Bowden is a medium-rise mixed-use building “envisaged as both a workplace and public place in an evolving neighbourhood”. 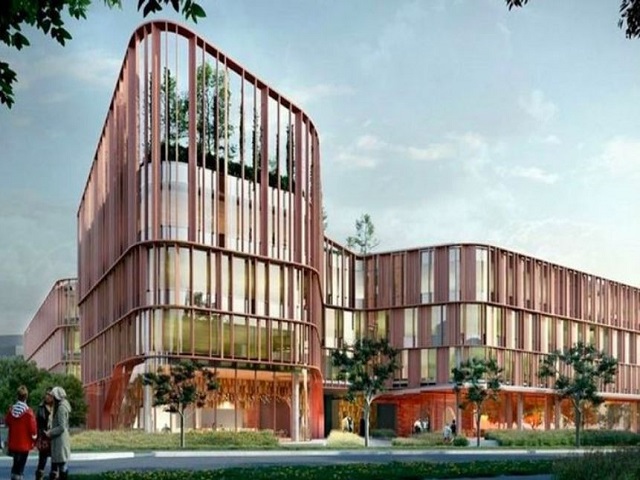 It is earmarked for an 8090sq m site in the once-overlooked industrial suburb of Alexandria, which is now an emerging knowledge hub, and Sydney’s capital of SINKs (single income, no kids) and DINKs (dual income, no kids), who make up 75 per cent of the suburb’s population.

Alexandria and nearby Waterloo have been deemed “turnkey suburbs” in Sydney’s transition into a knowledge economy—within five years, 40 per cent of the city’s economy will be finance, professional services, media and telecommunications.

A development application for the Alexandria project has been lodged with the City of Sydney Council by developer Time & Place, which acquired the site earlier this year for an estimated $52.5 million in partnership with construction firm Hickory.

The documents reveal plans for a four-storey, ring-shaped building comprising 16,306sq m of office space above 1492sq m of ground-floor retail, all built around a publicly accessible central courtyard.

If approved, two existing warehouses will be demolished to make way for Bourke & Bowden.

The development’s distinctive design is the work of John Wardle Architects and Speculative Architecture, which submitted the winning scheme in a design competition for the project.

According to the documents, it aims to “create a benchmark for future workplace design” and “pave the way for further diverse, innovative workplace clusters throughout the city”.

Weaving in and out around its perimeter, the building will be wrapped in a “fluid” facade with terracotta and umber hues that reference the past industrial character of Alexandria.

The landmark “front door” to Bourke & Bowden will be a campanile topped with a communal “sky terrace”.

“The site has been considered as a precinct rather than just a building,” according to the development application.

“[Bourke & Bowden’s] architecture, location, amenity and flexibility all make it highly desirable to companies who need highly productive space and the ability to scale up and down in response to work demand.”

Flexible workplace configurations will range from 600sq m to 4500sq m and allow for subdivision.

At ground level, the project will comprise collaboration spaces including an “architectural treehouse and extrusions that reach out over the courtyard”.

Small- and medium-scale food and beverage retail will face into the courtyard and out to the street. Fitness and wellbeing amenity is planned for the north-west side of the site overlooking the courtyard.

“By providing diverse, healthy and sustainably-driven workplaces, the precinct should attract tenants of the size and type that will positively redefine Alexandria as a progressive hub,” the documents state.