The project’s two twin towers, one residential and one office building will rise 39 storeys above the planned Pitt Street Metro Station, scheduled to be completed in 2023. 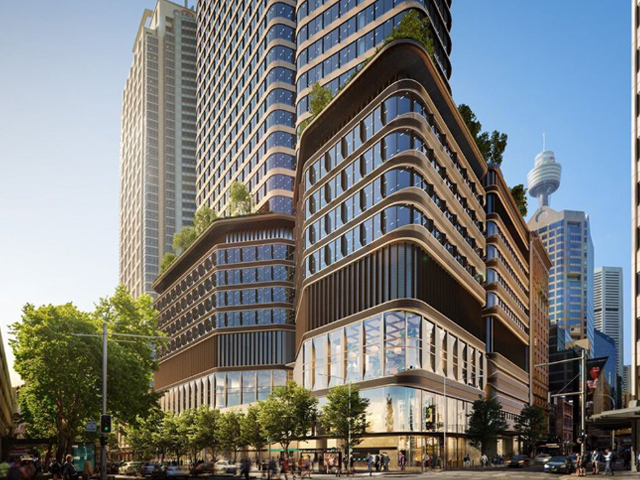 A consortium made up of Oxford, Grocon and CPB Contractors, were awarded the winning bid by the state government – whom they will pay $369 million for the air rights to build above the site.

Designed by architects Bates Smart, the residential tower will hold 230 apartments and amenities including a restaurant and bar, cinema, and rooftop entertaining area.

For the fitness junkies, the high-end residency will include a lap pool, indoor-outdoor fitness centre and fully equipped gym.

The apartments will be offered for long-term rental with the consortium as an institutional landlord.

The office tower will comprise 47,480 square metres of office space and is designed by Foster+Partners in collaboration with Cox Architecture. It will reportedly have smart building and sustainability features worked into the design and will connect to a retail plaza planned at 252 Pitt Street.

“We are delighted to be partnering with Sydney Metro and CPB Contractors to create a landmark new project that will add to the vibrancy of Sydney’s CBD, create new jobs and provide superb new rental options for Sydneysiders,” Oxford Properties Director of Development Australia Ian Lyon said.

“Oxford has shaped skylines across some of the world’s greatest cities and we will bring all of our global expertise in successfully delivering world-class office and multifamily projects to the Pitt Street development.”

“Our plans for Pitt Street are in line with Oxford’s strategy to invest in high-quality assets in high-growth global gateway cities,” Oxford Properties head of Asia Pacific David Matheson said.

“The development also plays to two of our highest-conviction global investment themes, increasing our exposure to the Asia Pacific region and growing our multifamily portfolio.”

Relatively new to the Australian market, Oxford Properties is the real estate investment arm of OMERS and one of Canada’s largest pension plans.

Work will begin at Pitt Street in 2021, with the apartment tower scheduled for completion in 2023, followed by the office tower planned to open in 2024.

Build-to-rent development models are increasingly popular in America and were on the radar during the latest Federal election in Australia, but haven’t been built here until now.

One reason for this is that it’s more expensive for developers, who cannot reclaim the 10 percent GST payment if they are the final landowner of the project.

While rents would likely not be lower under this model compared to a build-to-buy apartment, a potential advantage for tenants would be a longer and more stable rental contract.

Pitt Street Metro station will run along 250 metres of Pitt Street, connecting Park Street to Bathurst Street and Pitt Street to Castlereagh Street. It’s one of five planned or proposed integrated developments, along with others at Martin Place, Victoria Cross, Crows Nest and Waterloo. 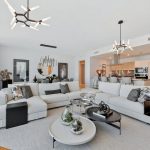 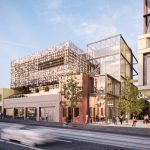 A new $32 million mixed-use development planned for Victoria’s Clifton Hill, The Foundry, is on schedule to kick ... 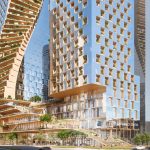 A mixed-use ‘twisted’ tower development will become a new landmark in Melbourne, offering residential and commercial opportunities along ... 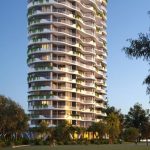 Moving confidently ahead with new projects, despite the current climate of uncertainty, Mirvac has released plans for a ... 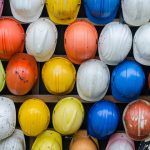 New reforms to planning systems considered at the National Planning Ministers’ Forum will come into effect in order ...