Beer bar stools: drinking at the Pub has a new meaning

It sounds like the beginning of a pub trivia round, “what do you get when you incorporate leftover grain from beer and plastic insulin pens?”

But this is no joke, design brand Mater has launched Mask Stool, made using the spent grain from brewery Carlsberg’s beer production, at Danish design festival 3 Days of Design. 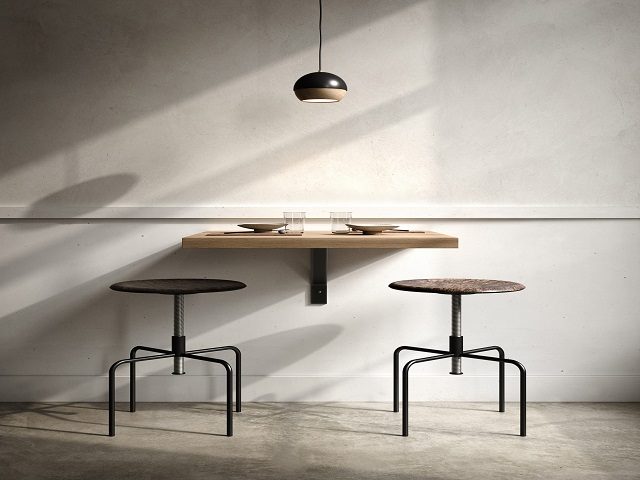 The stool, which was featured as part of the brand’s Circular Design Exhibition at the hotel Villa Copenhagen in the Danish capital, was designed by Danish architect Eva Karlou.

The exhibition also included a new version of the Earth Stool, which is made from the discarded plastic of insulin pens. Mask Stool is made using a sustainable design technology Mater developed together with the Danish Technological Institute and the University of Copenhagen, which mixes fibre-based materials with plastic waste.

Spent grain leftover from Carlsberg’s beer production process, called mask in Danish, is used to create the stool. The wet fibre-based mass is dried and then combined with a granulate of plastic waste to create a mixture that can be moulded into furniture.

The designers did a lot of testing before getting the new material right, and it has opened doors to several new material possibilities. “It’s not only challenging, but it’s also very interesting because now we know how to do this,” Karlou said.

“Now we can use not only the spent grain but also coffee beans and wood chips,” added the architect. “This production method is unlimited. We can scale it up and do collaborations with all kinds of different industries to take their waste and turn it into great design.”

Karlou and Mater work together under the Earth Studio moniker. The partnership is located next to Mater Earth Gallery in Copenhagen and works on architecture and interior concepts, furniture design and development of new sustainable materials.

Earth Studio has previously launched the Earth Stool, which is partly made from recycled plastic packaging waste. At 3 Days of Design, Mater showed a new version of this stool.

The Novo Nordisk plastic waste came from discarded insulin pens, which were heated in a specially developed machine. The mass was then moulded, using a production process that was also developed together with the Danish Technological Institute with support from the University of Copenhagen.

So next time you’re at the bar, you might be sitting on beer as you drink your pint.