Tokyo Penthouse is a renovation project located in a 40-year-old building, near the Tokyo tower.

Traditionally, rooftop areas have been reserved for machine rooms, but after the Plaza Hotel in New York announced its penthouse project in 1923, a number of penthouses have been built on rooftops around the world. 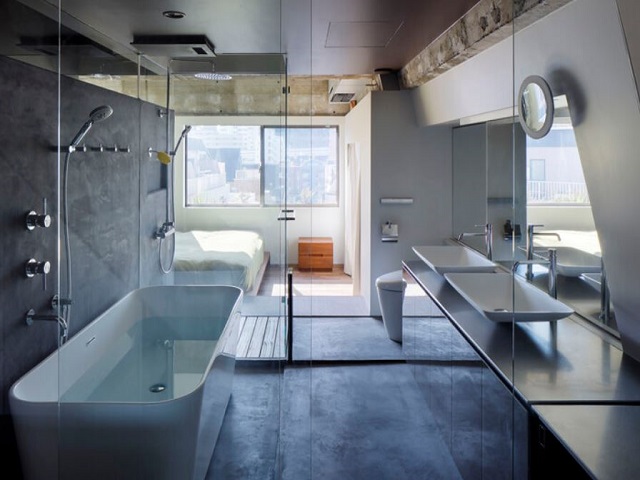 In Tokyo, penthouses are often constructed in an atypical inner space on top of a tall building erected on a small piece of land. This was exactly such a project.

The renovation project took place on the fifth and sixth floor of the building. The old concrete skeleton appeared rough, and the complex old piping system was visible. The construction contractor told us we could not remove the pipes since they were connected to the elevators and neighbouring units.

The architects worked on a design that would allow for the old and the new to coexist. The concrete has purposely been exposed in a manner that respects the composition of the interior, and has been repaired, treated and painted with masking and graduation painting, reinforcing the charm of the old industrial details of the building. The exposed piping has been wrapped with copper so that you can enjoy the aging of the material over time.

The most characteristic trait of this project is the inner windows made of stained glass which was created with acrylic boards stained with rust. It is just like a specimen of rust taken from the surface of metals (steel and copper) after oxidation. By sealing in the aging metals in the acrylic boards, it creates a mysterious environment which is contemporary but at the same time old-fashioned and nostalgic.

Images by Daisuke Shima via ArchDaily 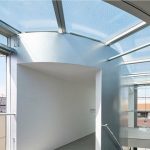 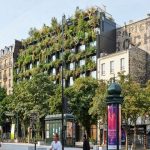 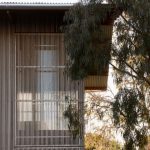 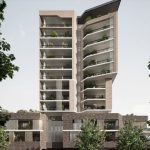 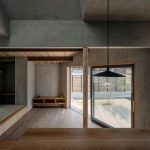 A minimalist but delicate concrete and wood dwelling in Japan

Playing with different levels and textures (because of the nature of the uneven and inclined site), ‘House in ...