Sydney-based investment house, Princeton, has announced commencement of construction works for Eurangi, a one-of-a-kind luxury living development in the heart of the Bondi Beachfront. 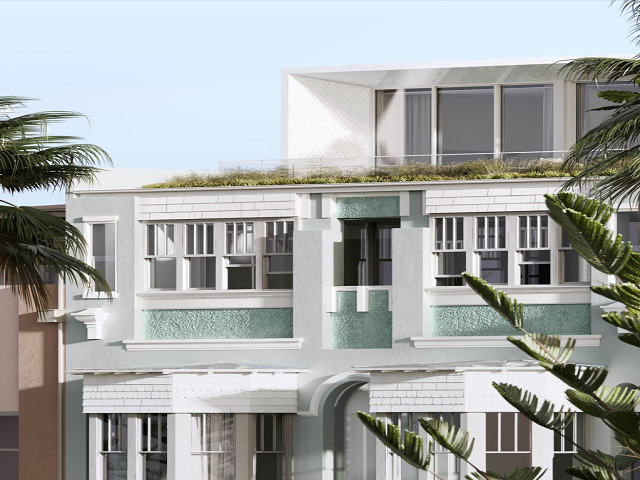 The $70 million development, located at 134-138 Campbell Parade, marks a new era for Bondi Beach. A once bohemian beachfront village has emerged as a sophisticated world-class neighbourhood. “Rangi”, the Maori word for sky, is the inspiration for the residence with eight luxury apartments and an exquisite penthouse with unobstructed views of the world’s most famous beach – a breathtaking blue horizon where water meets the sky.

According to founders of Princeton, George Gadallah and Craig Anderson, it’s a privilege to be part of creating a new world-class neighbourhood in a world-famous location.

“At Princeton, we are honored to be part of the celebration of this unique area, having just begun construction of Bondi’s newest luxury apartment building. This truly is unsurpassed Australian beachfront living and a new era for a once bohemian village,” said Gadallah.

The Eastern Suburbs development is the first of its kind for Princeton. The project encompasses eight luxurious beachfront apartments (including two single level Penthouse apartments) and ground floor retail. Proving it’s more than luxury living Eurgani. The interiors are a symphony in black and soft beige, mimicking the beach at night. Light concrete floors and soft stucco walls bring warmth to black timber and stone everywhere you look.

“This is a dream development for our company and we can’t wait to see it come to life in 2022. We have had a hugely successful year and it feels great to end it on a high with the commencement of such a luxury project,” Gadallah said.

Eurangi Bondi Beach is due for completion in late 2022. The project is financed by Princeton’s Construction Funding arm the Princeton Mortgage Fund.