Work has officially started on an 11.3 hectare masterplan of the old Kingston High School site, in a partnership between Kingborough Council and Sydney developer Traders in Purple.

The land parcel is 11 kilometres from the centre of Hobart, and had been earmarked as a “once in a lifetime development opportunity” for Kingston in a development plan for the area in 2013. 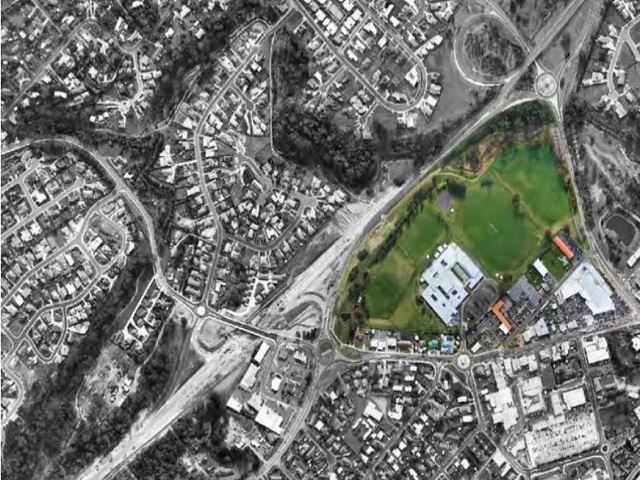 Traders in Purple was appointed as the project partner on the $300 million project in 2018.

Privately-owned Traders in Purple initially entered the Tasmanian market following its acquisition of the Australian Maritime College at Beauty Point in 2016.

The Kings Quarter development has an eight to 10-year timeline, which Traders in Purple says will help stimulate the local economy following a state government announced funding package for Kingborough last year.

Traders In Purple development director for Tasmania, Jennifer Cooper, said the Kingston project would be marketed to local and interstate buyers.

“Despite Covid-19 uncertainty, confidence in the Tasmanian economy remains strong; as evidenced by exceptional levels of interest in the first stage,” Cooper said.

“The ground-breaking ceremony marks the beginning of construction, which has been brought forward due to increased interest and steady sales over the past few months.”

Tasmanian landscape firm Lange Design is behind landscaping in the project’s first stage.

When complete the project will comprise 360 dwellings, a mixture of freestanding homes, townhouses and apartments, retail, commercial, a health centre and community Hub.

The former Kingston High school was closed and relocated in 2011.