From housing chickens to housing people in $120M hotel

An Edwardian poultry food warehouse will be transformed into a 27-storey Pullman hotel after the City of Melbourne approved plans for the site.

The Elenberg Fraser-designed tower at 296-300 City Road, Southbank will reach almost 100m high with 344 hotel rooms and 27 car spaces, and a luxury renovation and build over the 105-year-old heritage White & Hancock industrial building. 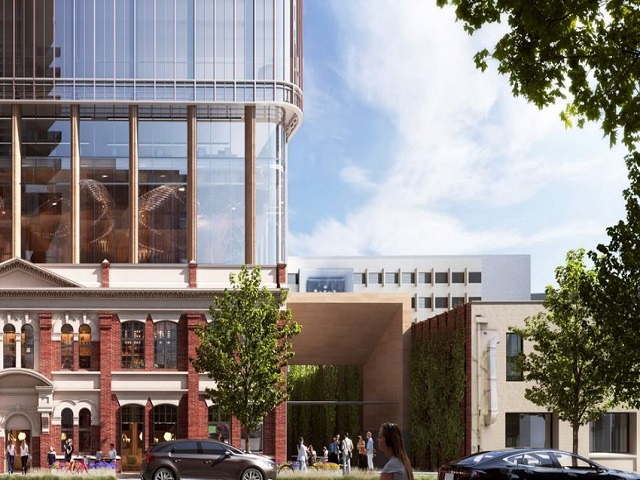 The council’s heritage adviser blasted the plans to retain the heritage classical Edwardian facade, claiming it was “facadism” and it would “substantially diminish the perception and appreciation of the integrity … of this heritage entity”.

The approved plans would retain the facade, replace existing windows and doors with steel-framed windows and doors, and restore the brickwork, while providing a 6m setback of the towers that would rise above it.

According to planning documents, five metres would be retained behind the facade, including the north-east returning wall.

“Having regard to the tall built form in the immediate context including the adjoining Shadow Play building, the proposed tower is not considered visually dominant or disruptive of the retained heritage place.

“The tower adopts a contemporary design response distinguishable from the heritage building; a high quality and respectful contextual design; and avoids direct reproduction of the form of historic fabric.”

The hotel would also include hotel offices and retail on the ground floor, a wellness centre on level five, and co-working and meeting spaces on level four, in the Crown Casino Precinct and near to the Shadow Play apartments.

According to IMG Australian Investments’ website, a deal would be inked with Accor to install a 5-star Pullman Hotel on the site.