Media mogul’s Wollongong Mall sings to the tune of $292m 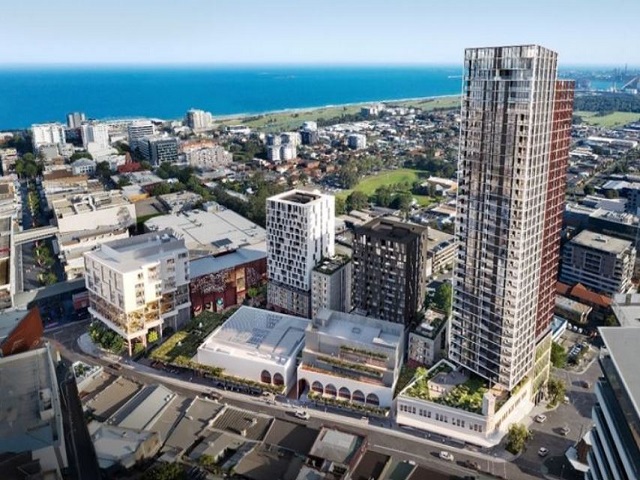 BVN designed the plans, which included a 45m-high commercial building and 402 apartments across three towers of 120m, 57m and 65m high.

A new plaza, through-site links, cinema, live music venues and a gym with a pool were also in the plans.

The façades of the Marcus Clark heritage building and the Grand Hotel have been incorporated into the design.

The 13,087sq m site is bound by Keira, Crown, Station and Burelli streets.

The vision for the site was to provide a high-quality, mixed-use development, supported by a significantly enhanced retail ground plane and mix of uses, according to the development application.

“Few sites within Wollongong have comparable strategic credentials and attractiveness for metropolitan scale projects or are available for unique redevelopment opportunities.”

Gordon, 92, ranked at 123 of the Financial Review Rich List in 2021. He owns WIN regional television network, and was an executive at Paramount in Hollywood for 30 years. The list assessed his net worth at $870 million.

Wollongong was thrust into the spotlight last year as businesses looked to relocate during the pandemic.

Office, industrial and residential property prices increased in the city at one of the highest rates in the country in September.