Renders of the new Monash underground station have been released as part of the Victorian government’s proposed $50-billion suburban rail loop.

In a business and investment case for the project released last month, it said the 90km orbital rail line was expected to support 24,000 jobs across the state, with completion due in 2035. 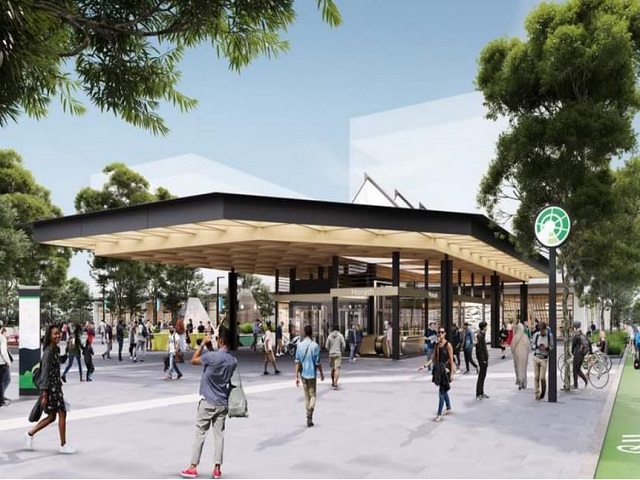 The train station precincts will include a 1600m strategic land planning and development zone to help activate the areas.

Construction of the first stage of the Suburban Rail Loop in Melbourne’s east will cost more than $30 billion and is due to start next year to create twin-tunnels in the rail corridor from Cheltenham to Box Hill.

Six new stations have been planned, for Cheltenham, Clayton, Monash, Glen Waverley, Burwood and Box Hill, and once the suburban rail loop is complete it is forecast to remove 600,000 car trips from the roads each day.

The new Monash station will sit next to the Monash University campus, improving access to education, health and research faclities, and connect to the Monash National Employment and Innovation Cluster.

Minister for the suburban rail loop Jacinta Allan said Victorians had voted for the piece of infrastructure and they were “going to get on with it”.

“It [will] change the way our city travels, ensuring every Victorian has access to housing, education and jobs as our state continues to grow,” Allan said.

“It’s time for Suburban Rail Loop to help shape a better future for our growing city and state.”

The suburban rail loop will eventually run all the way to Werribee via the Melbourne Airport with an additional nine stops added to stage one of the project.

This will create another link to the airport building on the Melbourne Airport Rail project which goes through Sunshine Station and into the city.