Developer Tim Gurner is “beginning a new chapter” and branching out into hospitality, hotels and tourism with a new development application just north of Cairns.

Gurner is planning to pair 16 apartments with an 18-key boutique hotel in a $60 million project at 69-73 Murphy Street, Port Douglas. 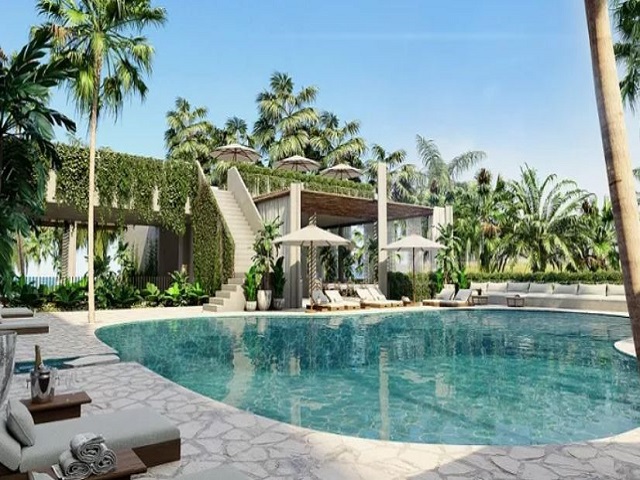 There is already resurgence for developers and hoteliers in the region with Chiodo’s $300 million resort plans and Syrian billionaire Ghassan Aboud’s Crystalbrook super-yacht marina.

The 2,833sq m block behind the main strip of Port Douglas is located at the northern end of Four Mile Beach which is also home to the Sheraton Grand Mirage Resort.

The block of land was acquired off-market earlier this year and the plans were lodged to mark the residential developer’s move into the hotel and tourism space.

Gurner said this project is the beginning of a new chapter for the developer as it significantly expands its portfolio across a number of sectors.

“We have been incredibly fortunate over the past seven years to have built a defining portfolio of luxury residential projects along the eastern seaboard of Australia,” Gurner said.

“Now we want to take this philosophy and evolve it into something that extends the lifestyle offering through boutique hotels.

“We are exploring a number of new asset classes across tourism, wellness, accommodation and food and beverage.

“These next few years will be all about pushing the boundaries of our portfolio and recreating the luxury experience we provide to our apartment residents, at a much larger scale.”

The plans include a five-storey apartment building with basement carpark set into the hillside, designed by Powell and Glenn architects in collaboration with Wolveridge Architects.

There is a previous development application on the site from 2016 for six residential dwellings which was objected to by a neighbour and went through the planning and environment court for approval.

Gurner’s initial town planning designs were submitted to council in early December with construction earmarked to commence on the hotel and residences in mid-2021.

The hotel industry in the region was hard hit in the early stages of the pandemic however the sector has started taking advantage of domestic tourism.

The Queensland government implemented a “marketing blitz” to get a hold of the $53.8 million travellers would normally spend abroad.

Locally, the Douglas Shire Council has also unveiled plans to pour $465,000 into the early stages of developing a public splash pool to rival the iconic Cairns Esplanade Lagoon.