The Victorian government has unveiled plans for a $140-million arts centre in Geelong. 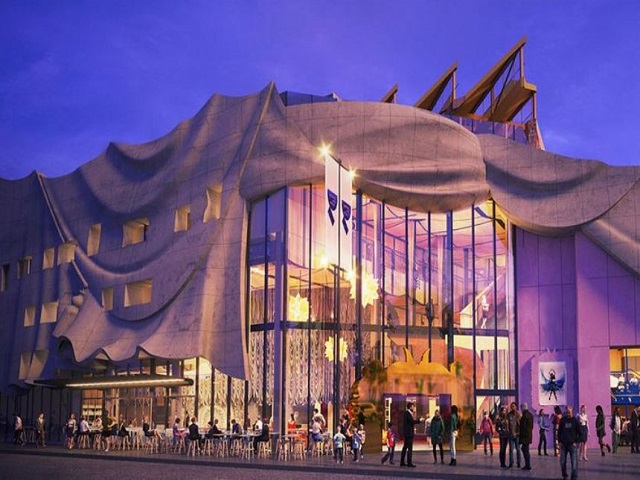 When completed in late 2023, the centre will be the home for arts and performance in the city, providing locals and visitors with a new “cultural experience reflective of local histories”.

“This design delivers on our bold vision for this project,” McGuinness said.

“It embraces the cultural precinct and challenges the idea of ‘black box theatres’ that turn their back on the world.”

“Each element of the external design is enriched with a story of its own, whether that be visual references relating back to performance, the historical context of the site or to Wadawurrung culture and traditions,” McDougall said.

The building will feature a concrete drape running across its front, complementing a circus calliope-shaped entrance, referencing early histories of travelling performance in Victoria.

The new centre will include a 500-seat theatre that can be expanded to an 800-person capacity for standing shows, as well as a hybrid theatre with more than 250 seats connected to the Little Malop Street plaza.

Its internal layout has been designed as a series of multi-purpose spaces, each adaptable to a variety of arts, performance and general community uses.

It will also include a number of foyers, bars and alfresco dining to allow the centre host diverse community events, from concerts and exhibitions to festivals and markets.