After a slump earlier in the year building approvals have continued to rise over the last month, potentially meaning Australia’s construction downturn may not be as severe as expected by the Reserve Bank.

New apartments and unit approvals leapt by 16.1% during the month of September according to new figures from Master Builders Australia. 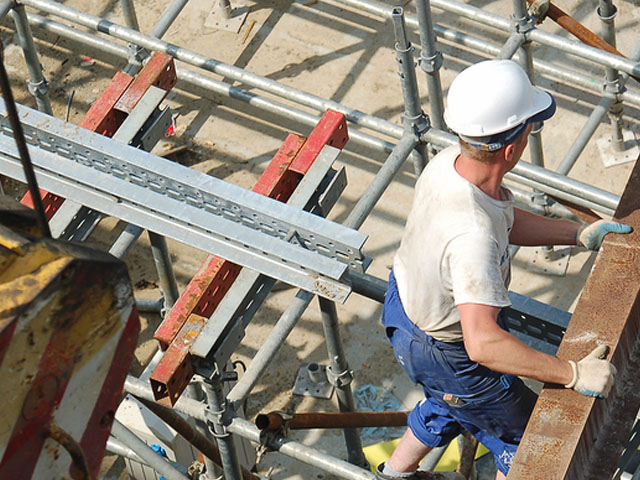 After the strongest result ever recorded in August, commercial building approvals reverted to more normal levels, increasing by 7.6 per cent to a total of 14,004, although they are down 19% year on year.

“Encouragingly, last month’s gain was led by apartments and units. This part of the market had experienced difficulties earlier in the year but the volume of new approvals for high density housing has now notched up two consecutive months of growth,” Shane Garrett, Chief Economist of Master Builders Australia said.

Detached house approvals also rose during September, albeit at a more modest rate of 2.7 per cent, which tends to move at a more regular rate.

“A range of indicators – house prices, lending and now building approvals – all indicate that Australia’s housing market recovery is gaining traction. Housing market conditions have a huge impact on confidence across our economy and today’s figures must be seen as very good news on that front,” he said.

“Commercial building approvals recorded their strongest ever result during August. Not surprisingly, they reverted to more normal levels during September,” Shane Garrett said.

Queensland led the gain in new home building approvals at 19.6 per cent followed by South Australia at 16 per cent, Tasmania at 3.4 per cent and Victoria 3.3 per cent.

The results varied significantly across the states with Western Australia and the Northern Territory recording falls of 24.5 per cent and 9.3 per cent respectively.

New South Wales also dropped 2.5 per cent to its lowest rate since June 2013 and recorded a lower number of approvals than Victoria.

This is likely a result of because of fear of structural problems and reluctance to sign new approvals.

AMP Capital chief economist Shane Oliver said that although dwelling approvals rebounded, it was off the back of rising “often volatile apartment approvals, which are likely to be back down again this month”.

“The bounce in September also followed several months of sharp falls so the trend is still down in total approvals although there are some signs that apartment approvals may be starting to stabilise around a low,” he said.

Urban Property Australia has forecast only 3,914 new apartments will be delivered in Melbourne in 2019, the lowest level since 2013.

The number of residential dwellings approved but abandoned has surged to a new high, particularly in NSW, Victoria and Queensland, according to the ABS.

Three interest rate cuts in five months have helped drive the property market bounce back up; in Sydney and Melbourne home prices have risen 3.6 per cent in the past four months.

Ultimately though the trend still remains downwards and the yearly total of attached dwelling approvals also continues to decline.