Brisbane developers will be able to add rooftop gardens without impacting profitable floor space if proposed amendments to the city plan go ahead.

The changes will exclude landscaping and green rooftops from the additional storey count in medium to high-density, residential, commercial and mixed-use developments. 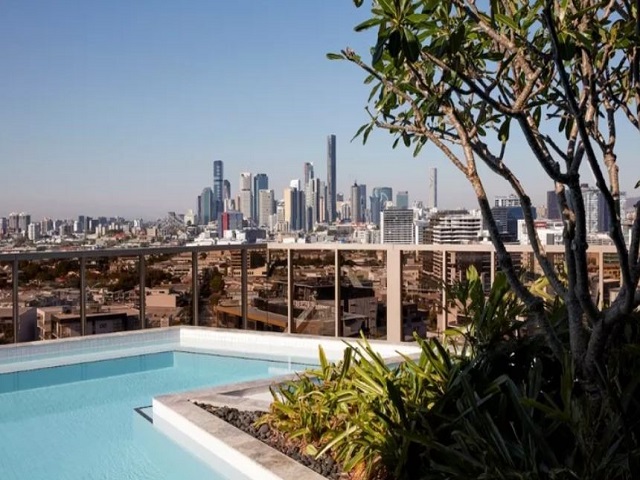 This will have an impact on the visual amenity of rooftops and the skyline as council continues to push the creation and protection of greenspace across the city, however the changes might be too little too late.

Hickey Oatley principal town planner Mia Hickey said it is yet to be seen if the new standards will create a good rooftop or be applicable to existing designs.

“It’s a step in the right direction but it’s a bit late,” Hickey said.

“It has taken its time to get to where we are and developers have been leading the charge with the planning scheme not necessary supporting them.

“It is quite prescriptive though.”

For a rooftop garden to not count as a storey, it has to provide communal open space, be at least 15 per cent landscaped and any structures with solid roofs such as pergolas or gazebos must be less than to 30 per cent of the space.

Structures built on the roof are limited to 6 metres providing they are set back 3.5 metres from the sides of the building.

Developers will also have to ensure the growing environment can maintain its visual outcomes over the long term.

The council is also proposing zoning changes for Camp Hill to protect its heritage buildings as well as the protection of a number of traditional homes and trees in Kangaroo Point.

The rooftop garden amendments are currently in the public consultation phase and will be reviewed next year by the Queensland government if successful they will come into effect in late 2021.

One of Brisbane-based developer known for rooftop spaces is Cavcorp who recently won Qld Regional Architecture Awards for the lord mayor’s “buildings that breathe” category.

“It makes sense that our future multi-residential developments be designed to protect and promote that climate,” Plazibat said.

Upstairs is a rooftop “Oasis” that features a 55-metre swimming pool, under which rainwater collection tanks are housed to irrigate all of Lucent’s landscaping.

“We thought of the rooftop as serving the same purpose as a more traditional backyard so we created a space suitable for entertaining, exercising and relaxation,” Plazibat said.

“It’s becoming very important for apartment buildings to be delivering such an offering, especially in the inner city, that is what people crave,” Hickey said.

“Hopefully this planning scheme will facilitate and encourage them, it’s just whether the prescriptive nation of it is a good or a bad thing that is yet to be tested.”