Korean architecture studio, Bo-Daa, have taken a new approach to co-living with their Treehouse project in Seoul.

The apartment complex has 76 fully-furnished studio apartments and a giant tree-filled atrium that provides oxygen and a peaceful green ambience to the complex. 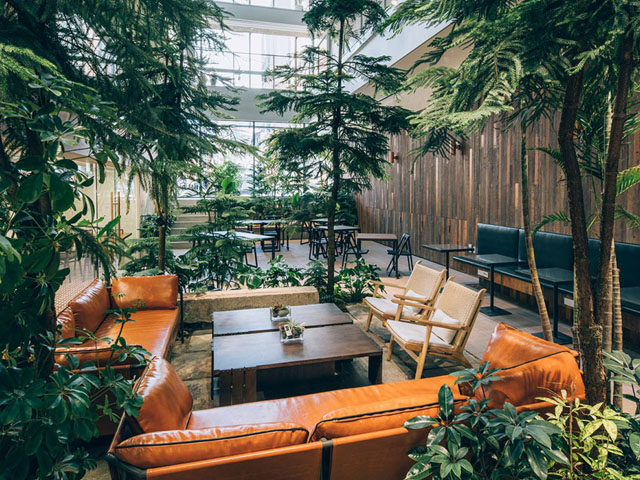 The apartments in the six storey building have different layouts on each floor, and come in three different sizes – 16.5, 23 and 33 square-metres.

Each one in the triangular shaped block faces out to the atrium, which is ventilated by windows on the south facade.

As more young people are priced out of housing markets around the world co-living has grown in popularity and developers are coming up with more innovative and up-market offerings.

“Community is not forced but coaxed: each unit is designed for a single person with private bath and kitchenette, and residents only share amenities where larger scale and community make for a better experience,” a representative from the studio said.

“Unit doors and numbers are tucked against concrete folds in the corridor, melting indicators of private space into the collective.

“Going against Korean convention, more units open to the north, which provides cooler and consistent light to the large slanted windows as well as a better view,” the studio explained.

A roof terrace on the fifth-floor is created by a cut-out in the building’s south-side facade.

The atrium is intended as the heart and soul of the project, lined with a workspace, hidden storage and a shared laundry, kitchen and pet garden.

Stone paving and benches have been designed to give a feeling of being outdoors.

With entries for the 2020 Bluethumb Art Prize opening on October 1, let’s meet the judges who are ...