After setbacks and negotiations with the City of Sydney, Renzo Piano’s third Barangaroo tower has been given approval.

The 30 storey tower will include high-end apartments and retail on the ground floor and is the shortest building in the One Sydney Harbour complex. 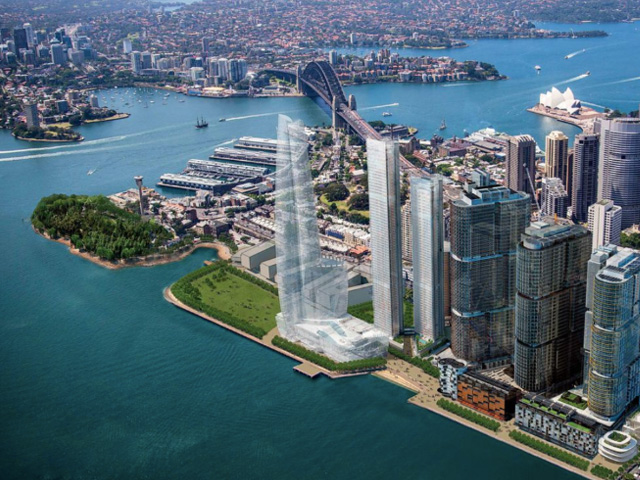 The towers will sit on a three-storey podium including high-end retail space that faces a public park along the renovated waterfront.

The shortest tower will house 210 apartments and 134 car spaces.

Of these 48 will be designated as affordable “key worker housing” units earmarked for lower-income public sector workers such as police officers, nurses, teachers and paramedics.

According to the practice’s design statement, the towers’ design is inspired by Sydney Harbour’s “constant kaleidoscopic motion of colour and sparkle.” The towers “have been conceived as crystals,” with highly transparent facades.

“Natural ventilation, access to natural light, the use of photovoltaic cells and the design of high performance double-skin façades to control the internal environment, reduce energy consumption and provide a high quality of living for the residents,” the statement reads.

The development application process for the final tower was delayed following feedback from the community, and was revised by the architects to include the key worker units.

The City of Sydney still objected to the revised plan, arguing the developer had provided “insufficient information” about how the key worker housing would be managed, and said the plans to plant trees at the site to mitigate wind conditions would be ineffective.

The council also argued the number of parking spaces was “excessive” and would add to already problematic traffic congestion.

The Department of Planning, Industry and Environment’s assessment report was ultimately approving and found the project has “acceptable visual and view impacts” and is “an appropriate scale”.

“The building will exhibit design excellence and will contribute positively to the character of Barangaroo … all units will achieve an acceptable level of amenity,” the report found.

Developer Tim Gurner is “beginning a new chapter” and branching out into hospitality, hotels and tourism with a ...

Designed during the first London lockdown by Thomas Heatherwick of Heatherwick Studios in a moment of isolated inspiration, ...

Apartment construction in decline until 2025

Before the pandemic, Australia was on track for more than 30 million people by 2030. Treasury now expects record ... 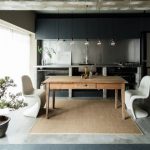 A renovation project in a mass-produced apartment building, brings new meaning to concrete. As opposed to hiding it away, ...