The project is designed to create a new urban village including the towers and a new retail space, boulevard and outdoor amphitheatre. 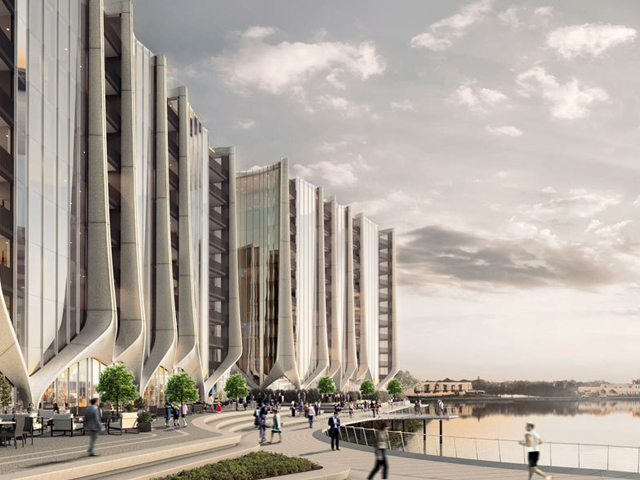 The concept for the towers to represent the geometry of plant life was conceived by Contreras Earl, ex-Zaha Hadid designer.

The towers range in height between 10 and 12 floors, offering one, two and three-bedroom apartments. They will overlook the newly-named Lake Unity and ground level retail. Each building will take advantage of lakefront, city and hinterland views.

Earl stated, “The towers represent a sculptural design language which takes its inspiration from the patterns and geometry found in various plant life. It will be particularly influential in its role as a catalyst for further mid-rise development.”

The site was acquired by Sunland in 2014 from the Scheinberg family for $61 million. The masterplan also includes a 4,460 square metre childcare centre, offering space for 162 children.

Brisbane firm, Blight Rayner, has designed the retail component which includes an outdoor dining court, food market and a variety of retail outlets.

The apartments will be launched to market early next year pending council approval, and construction is anticipated to take place alongside construction of the retail village in late 2020.

Images via ArchDaily courtesy of Sunland